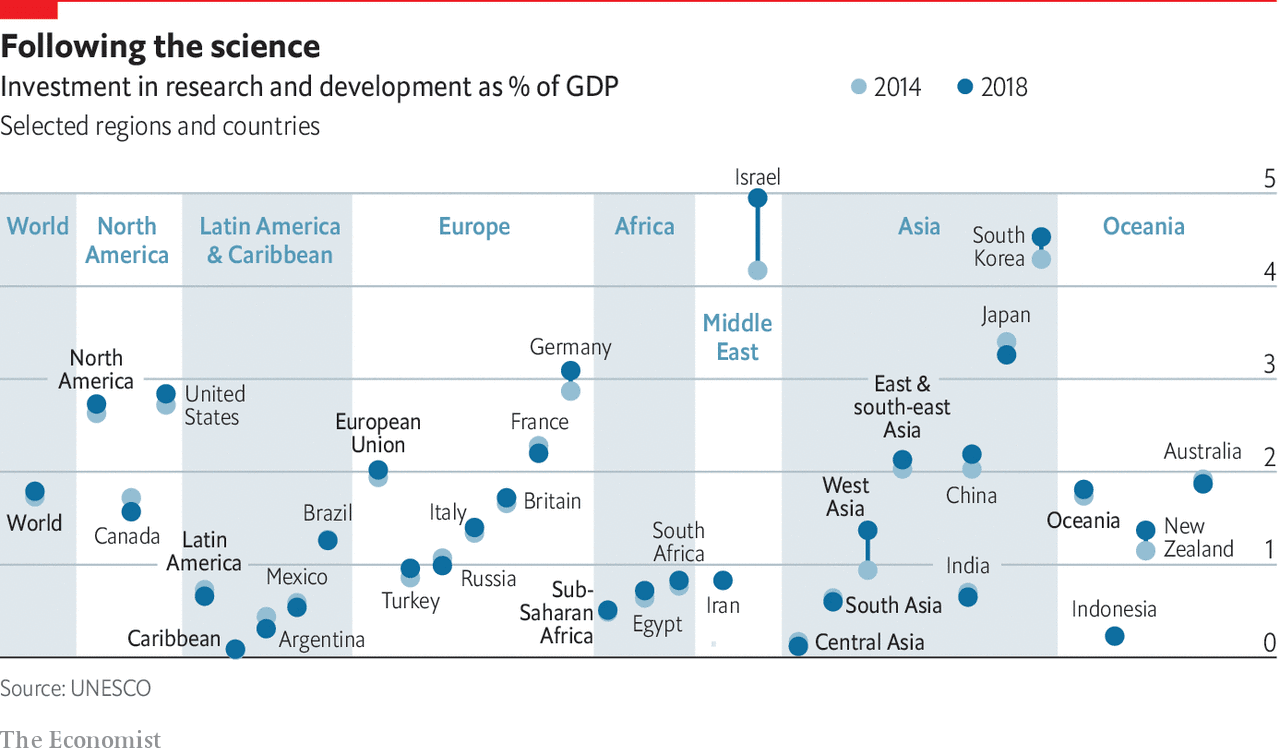 • World’s Financial Hubs Are Struggling to Return to the Office The journey back to your desk is shaping up to be slow and indirect. Roughly 15 months after locking down to ward off Covid-19, several of the globe’s key financial centers are struggling to get employees back to their offices. Workplace activity in London, New York and San Francisco is still 50% below its normal level, according to mobility data from Google, which tracks the locations of its users. (Bloomberg) see also Do Chance Meetings at the Office Boost Innovation? There’s No Evidence of It. For some, the office even stifles creativity. As the pandemic eases in the U.S., a few companies seek to reimagine what work might look like. (New York Times)

• Value Investors Don’t Need to Avoid Growth Companies. In Fact, Doing So Can Hurt Returns. Applied Finance argues that despite their prices, growth companies may very well be undervalued in terms of their intrinsic value. (Institutional Investor)

• Millennials, the Wealthiest Generation? Believe It The world has changed since boomers were young adults, and so has the value of housing, education, and a steady job. (Bloomberg)

• Inside Pfizer’s race to produce the world’s biggest supply of covid vaccine The  mRNA vaccine is composed of a lipid nanoparticle, a sphere of fat molecules encapsulating a strand of messenger RNA, which instructs human cells to make proteins that trigger antibodies and prime the immune system against future viral invasions. But it would do little good unless Pfizer could rapidly take the new nanoparticle technology from lab to mass production — a feat never before accomplished — making immunizations available in America and around the world. (Washington Post)

• How to poison the data that Big Tech uses to surveil you Researchers at Northwestern University are suggesting new ways to redress this power imbalance by treating our collective data as a bargaining chip. Tech giants may have fancy algorithms at their disposal, but they are meaningless without enough of the right data to train on. (MIT Technology Review)

• Meet the New Snowbirds Heading south (or west) for the winter used to be for geezers. Now, a new generation of work-from-anywhere types is plotting their cold-weather escapes. (GQ)

• Texans Are Being Asked to Conserve Power. Are the State’s February Energy Problems Back? On Monday, many Texans began receiving alerts asking them to conserve energy. The request followed significant drops in thermal energy output and a blown transformer at a Texas nuclear plant amid record June demand for power in the state as an early heatwave hits the state. The situation may make you wonder: Is what happened in February happening again, only with extreme temperatures in the reverse direction? (Slate)

• The 60-Year-Old Scientific Screwup That Helped Covid Kill All pandemic long, scientists brawled over how the virus spreads. Droplets! No, aerosols! At the heart of the fight was a teensy error with huge consequences. (Wired)

• Alas, John McAfee, We Hardly Knew Ye The erstwhile ‘spokesman for crypto’ has gone to meet his maker. “I regret nothing,” was his final tweet. Here’s an appreciation, sort of. (Decrypt)

Be sure to check out our Masters in Business interview this weekend with Joe Moglia, who is the former chairman and CEO of TD Ameritrade (now part of Schwab), as well as former Head Coach of the football team at Coastal Carolina University.

Even before covid-19, the world was investing more in science