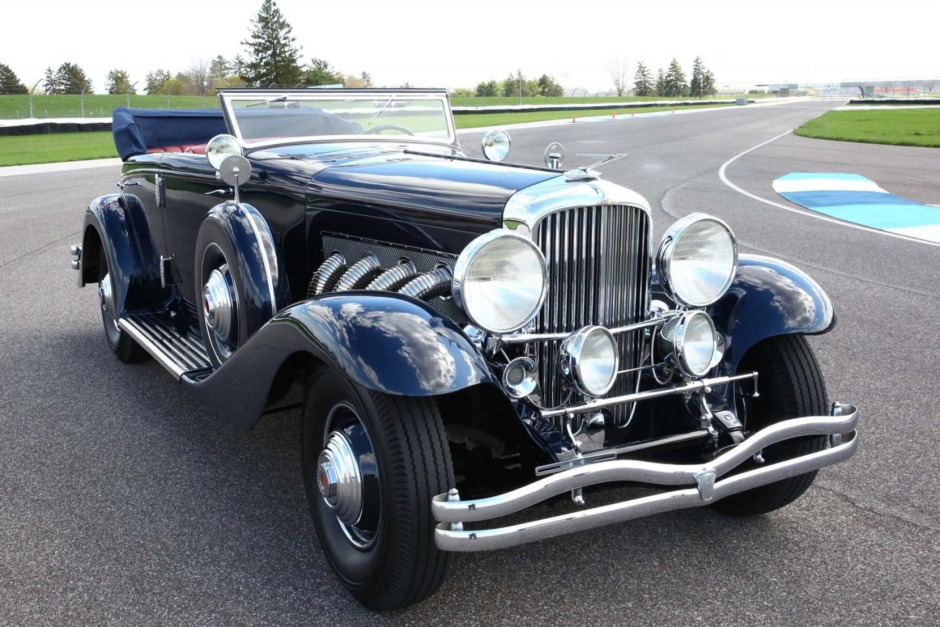 The Duesenberg Model J is a luxury automobile made by Duesenberg. Intended to compete with the most luxurious and powerful cars in the world. The Model J, which debuted on December 1, 1928, at the New York Automobile Salon. The stock market crash and the Great Depression soon followed.

No car in history has sprung on the scene and redefined performance the way the J did. Its 265 horsepower was more than double the horsepower of the next most powerful American car. Power comes from a 420ci Lycoming straight-eight backed by a three-speed manual transmission (with reverse). The Duesenberg brothers had already won the French Gran Prix and Indy four times, so the J engine was essentially a racing engine for a luxury car.

Duesenberg were owned by the rich and famous: Clark Gable, Gary Cooper, and others.

The car is exceedingly rare:  Approximately 480 examples were produced through 1937, including 10 revised “JN” models in 1935. This JN is one of three to wear a convertible sedan body.

The car below is finished in dark blue with a matching soft top over red leather upholstery, offered for sale by the Indianapolis Motor Speedway Foundation.

Upon its introduction, the Model J carried a price of $8,500 for a bare chassis. These Duesies typically sell for 7 figures or more, and this one is already bid to 1.2 million dollars. If you want this one, you better hurry: the auction ends today!