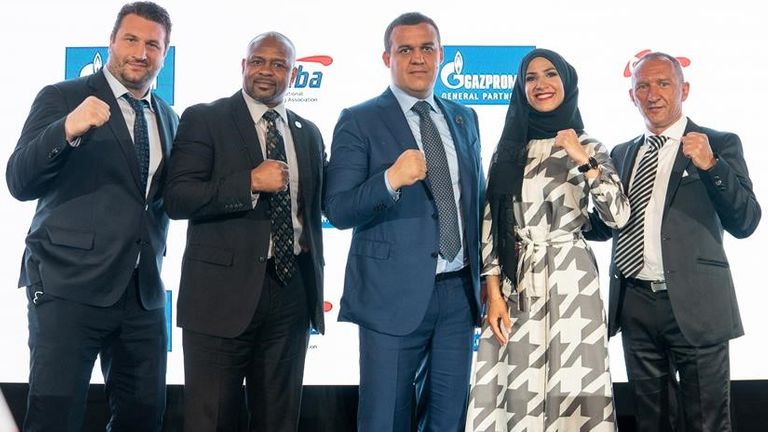 AIBA has launched an investigation into the refereeing and judging of the Rio 2016 Olympic Games in a bid to “improve sporting integrity”.

The International Boxing Association revealed major developments in its drive to reform boxing, which included an independent investigation by Professor Richard McLaren into refereeing and judging at the Olympic tournament in Brazil.

Boxing legend Roy Jones Jr, who suffered a hugely controversial points loss at the Seoul Olympic final in 1998, attended Monday’s AIBA press conference to give his backing to the organisation’s attempts to reform boxing.

AIBA President Kremlev said: “As I promised when elected AIBA president, AIBA is working on becoming a welcoming, strong and stable home for boxers around the world.

“We have appointed the best independent experts to guide us towards the highest standards of governance and sports integrity.

“But we will not stop there. All of these things are coming together as part of the huge shift we are delivering so that boxers can be sure of their future, fair judging and receiving a financial reward for their fights.”

István Kovács, AIBA Secretary General, said: “Boxers have been waiting for a long time to see these kinds of reforms that will ensure their right to a fair fight and a financial reward for their efforts.

“In addition to actioning the recommendations that come from our independent experts, we are also working on making a number of other improvements; from increasing our transparency and making more information about our policies publicly available, to looking at how we can improve sporting integrity through live scoring and other initiatives.

“We will not hesitate to make any changes needed to give boxers the sport they deserve.”