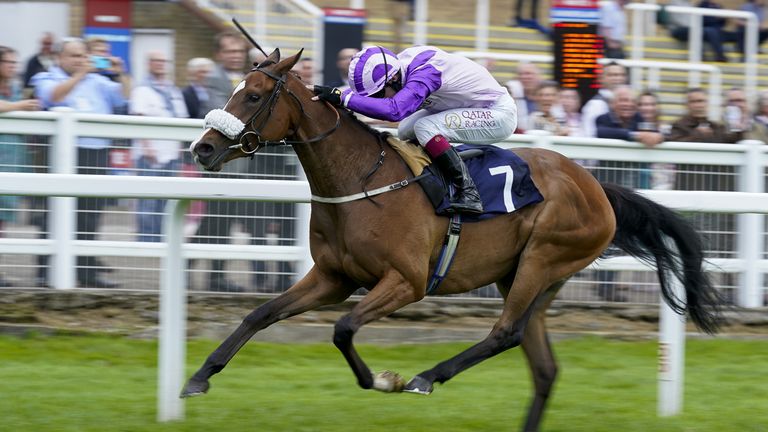 William Buick has extended his lead in the jockeys’ championship after riding a treble at Lingfield on Monday.

Buick brought up 50 winners for the season with victories on Cotai Beauty, Faustus and Six Til Twelve, continuing his fine form following Irish Derby success on board Hurricane Lane on Saturday.

The rider has a 25 per cent strike-rate over the last 14 days, managing 15 winners from 60 rides, including three Royal Ascot victories with Reshoun, Kemari and Wonderful Tonight.

Buick now leads Oisin Murphy by six in the standings after the reigning champion jockey won the opener at Windsor on Monday on board Andrew Balding’s Secret Shadow. Tom Marquand is third on 40 winners, before a gap of seven back to the rest of the field.

Murphy told Sky Sports Racing: “Buick is flying, so is Tom Marquand. I didn’t have a great end to the week last week, I rode a lot of seconds and had a lot of non-runners Thursday, Friday and Saturday. It cost me.

Asked if he was ready to defend his title, Murphy added: “I’m fully committed. No pressure.”

On Cotai Beauty’s win, Buick told Sky Sports Racing: “She’s a strong and very well-made filly. She’s improved for her first run and the ground was testing but she handled it pretty well.

“She’s all about speed, you can see that by looking at her. I think that’s her game.”