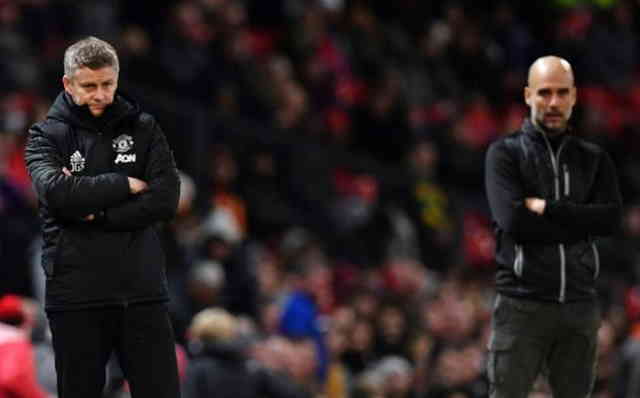 Manchester United return from Tuesday night’s Champions League exit in Germany for the derby at Old Trafford on Saturday evening.

Ole Gunnar Solskjaer has made three changes from the side that were beaten 2-3 at RB Leipzig midweek.

Last season we did the double over Manchester City with a back three, but the boss has chosen four in defence for today’s game.

The confirmed lineups are as follows:

Luke Shaw is fit to start two games in a week as Alex Telles drops to the bench after a run in the first team.

Ole appears to be naming a diamond in midfield with Fred and Paul Pogba starting in front of Scott McTominay.

Mason Greenwood will partner Marcus Rashford up front with Anthony Martial to call upon from the bench.

John Stones makes a third consecutive Premier League start. He and Kyle Walker in defence should give our attack real confidence. Aymeric Laporte is only on the bench.

Kevin De Bruyne is one of the best passers in world football now so we could do with Fred sitting on him, whilst Raheem Sterling and Riyad Mahrez will be threats cutting in from the wings.

Sergio Aguero isn’t fit enough to make the matfchday squad so Gabriel Jesus starts up front for Pep Guardiola’s side.