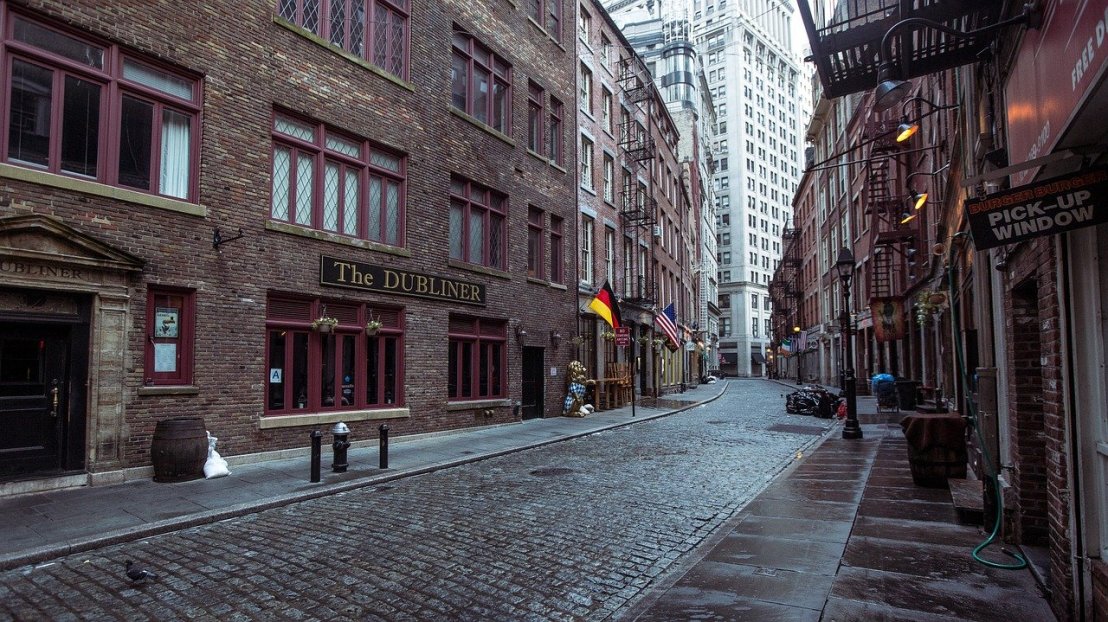 I think it’s highly likely that the dust will clear eventually and that our economy will come back to life at some point in the next two or three years. I know there are certain disaster scenarios that can’t be ruled out, but I think they are unlikely. I’m not going to guess when things will return to a semblance of normal. Really, no one knows.

The question for now is: what will that economy look like?

A few things, I think, are clear. The economy will not grow back up to its trend line prior to the pandemic. This, for example, from the Center on Budget and Policy Priorities, is what happened after the financial crisis and Great Recession:

Not only did actual GDP fall, but the trend line of potential GDP fell as well, costing the economy trillions of dollars of output. Behind that loss of potential GDP is an enormous human cost. Recessions cause permanent damage to people who lose their jobs and to recent graduates who can’t find jobs.

There will also be a certain amount of psychological scarring that will affect the economy for at least a generation. People buying safety stocks of dried beans and toilet paper may give the consumer goods sector a one-time boost. But those with enough income will save more, depressing demand, and people will also be much more reluctant to start small businesses.

Amazon will be a big winner, of course. A large proportion of the population, particularly among the affluent, already reflexively shopped for everything at Amazon. (I used to, but now I try to find things elsewhere first, basically for political reasons.) The pandemic is pushing more people to try to fulfill all of their consumer needs online, and they aren’t going to stop when the coast clears.

More generally, big chains will expand their domination over the economy. Tens of thousands of small businesses will vanish, never to return, wiped out by weeks or months of zero revenues. Large corporations will have the capital to swoop in and steal their customer base. Family-owned restaurants will be replaced by national chains. Sporting goods stores will be replaced by Dicks. Electronics shops, if there are any left, will be replaced by Best Buy. Bookstores … well, there aren’t many of those left, anyway.

The other winners will be private equity funds with the nerve to buy assets on the cheap. After the financial crisis, investment funds bought up single-family homes in foreclosure, becoming some of the nation’s largest landlords. This time, the bargains will be found in small businesses desperate for capital and commercial real estate hammered by defaulting tenants.

The business sector will become more concentrated. Inequality will increase. The fundamental trends that have reshaped the American economy over my lifetime will accelerate. The survival of capitalism depends on a large enough proportion of the population having a stake in its survival. For how much longer?