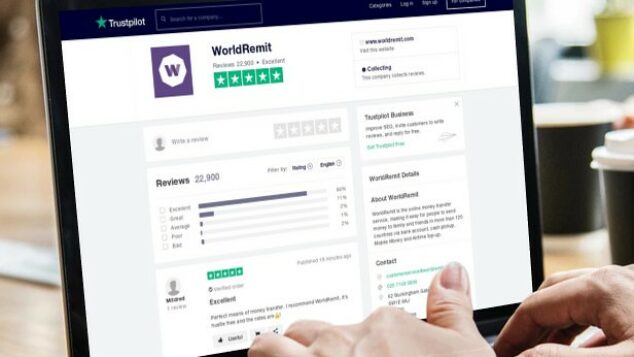 Trusted: one of Draper Esprit’s flagship investments is in reviews site Trustpilot

Draper Esprit, the £1.1bn AIM-listed venture capitalist, has raised £111m from investors and plans to move to the Main Market of the London Stock Exchange.

VC Draper Esprit, whose investments include Trustpilot and Cazoo, says it want to use the £111m to capitalise on a “golden era” of European technology investing. Entering the FTSE 250 share index will broaden Draper Esprit’s pool of potential institutional investors.

Covid-19 has accelerated how ubiquitous technology has become in people’s lives, especially home-delivery for people working from home. One of Draper Esprit’s investments is in Manna, a delivery service which uses drones to deliver groceries, takeaway meals and medicines.

The pandemic was “accelerating behaviours that we’d already seen quite dramatically — and then, of course, there are new ways of doing things”, Martin Davis, Draper’s chief executive, told the Times. “Eighteen months ago, people didn’t care about last-mile delivery, if I’m honest, whereas now everybody wants it.

“This is potentially a golden era for European tech investing in the private space and our model, we believe, is the right model for that.”

Draper announced the fundraising and listing on the stock market as part of its full-year results announcement. Its VC portfolio has risen in value by 40 per cent year on year to £983.8m in the 12 months to the end of March. It raised £206.3m through exiting some investments over the past year, including payments businesses Wise and Stripe.

Founded in 2006 as Esprit Capital, the company rebranded as Draper Esprit in 2015 after joining a network established by Silicon Valley investor Tim Draper.

The firm has offices in London, Dublin and Cambridge, and is part of Draper Venture Network, a global community of 24 independent funds.

50% of Britain’s scaleups expect to raise finance this year