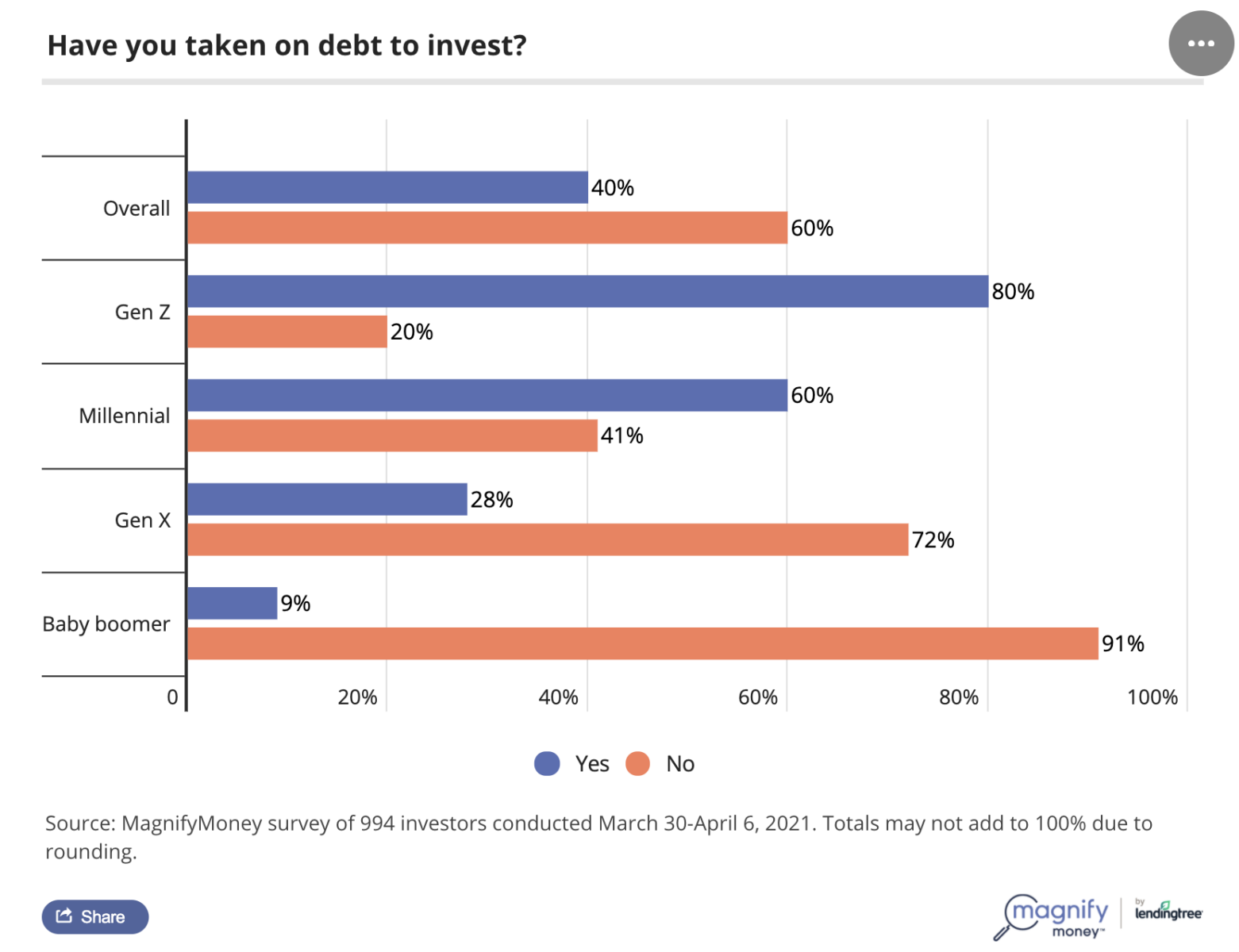 Let’s get this out of the way upfront: Using excessive leverage to speculate is a terrible idea, and often ends with a total loss of all capital.

I was already thinking about systemic risk and leverage when an article (with the chart above) went by on Twitter. But there is a lot to unpack here, and merely screaming “all leverage bad!” does a disservice to you, the reader.

Let’s use round numbers to discuss this: Apply 10-to-1 leverage to 10 million dollars in capital, and you can purchase 100 million in assets. If that trade rises 10%, then congratulations, you have doubled your money: Yay, you’re a rock star, your leverage created a 100% ROI.

Scenario 2: A 10% drop in value — something that occurs at least yearly — creates a margin call; fail to meet that: Boom! you get liquidated. Total loss of invested capital.

These are not such ridiculous scenarios; Archegos was running >5X leverage and after a tremendous run to $20 billion in worth blew up quite spectacularly. Lehman Brothers regularly ran between 20 and 40-to-1 (assuming they even had that much capital, a genuine question). They shuffled off this mortal coil in the financial crisis, an act I described as more financial suicide than murder. Perhaps the most extreme example in modern times was Long Term Capital Management, which was running 100-to-1 leverage.

All of this leads to a very obvious conclusion: too much leverage is financially dangerous.

Now, about that chart above: Regular brokerage margin accounts let you run 1-to-1; meaning you can borrow a dollar for each dollar you put up in equity. Using margin to buy stocks that can get cut in half (or worse) creates the risk that when this happens — and it does on a regular basis for individual names, ETFs, even the entire market — you get a margin call. This means you either put up more cash, or your position gets liquidated at a loss.

Hence, there’s an obvious spectrum of leverage rates and corresponding risks that accompany them. We tend to recall the worst-case scenarios like LEH or LTCM, rather than simple margin debt. But there is some danger even with the simplest and lowest use of leverage. There is leverage risk on a systemic, institutional, and individual basis.

The headlines 80% of Gen Z Investors Took On Debt to Invest is a bit hyperbolic but it raises a valid concern.

The best time to blow up and lose all of your money is when you are young and have a 50-year time horizon to start over. “Gen Zs” can recover from disasters, but if a Boomer or Silent Gen blows up, they are pretty much toast.