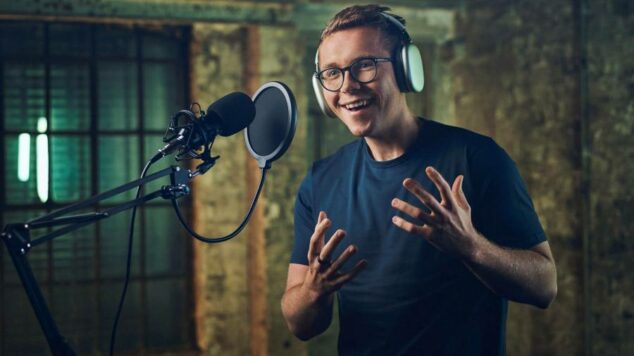 Harry Stebbings, the 24-year-old podcaster and venture capitalist, has raised a further $140m (£100m) for his 20VC shingle to back technology companies.

Stebbings, who dropped out of studying law at university to run his popular The Twenty Minute VC podcast, will operate two 20VC funds, with $33m focused on early-stage tech start-ups and $107m for deals in more established tech companies.

After raising an initial $8.3m fund in April 2020, Harry Stebbings has invested in start-ups including audio social network Clubhouse and virtual events service Hopin, both of which have achieved multibillion-dollar valuations. Hopin founder Johnny Boufarhat is also an investor in 20VC.

The new funds will be invested mainly in America, despite his admitting to the Financial Times that he worried “a little bit” that the private technology market was “really heated” but he said the valuations of leading Silicon Valley companies showed that returns could still be huge.

Venture capital funding into European tech companies reached €38.9bn last year, according to investment tracker Dealroom.co, but it has already exceeded that in 2021 with €48.1bn invested so far.

Stebbings has been open about using his podcast as a way to become a venture capitalist himself. He previously told Wired: “To be honest, the podcast was a plan for me to get into venture capitalism over a long period.”

But Stebbings insisted there was “total delineation” between the podcast and his investments.

“We can never muddy the waters in terms of the quality of content,” Stebbings told the Financial Times. “Just because I invest in your company, it does not mean that we are featuring you on the podcast.