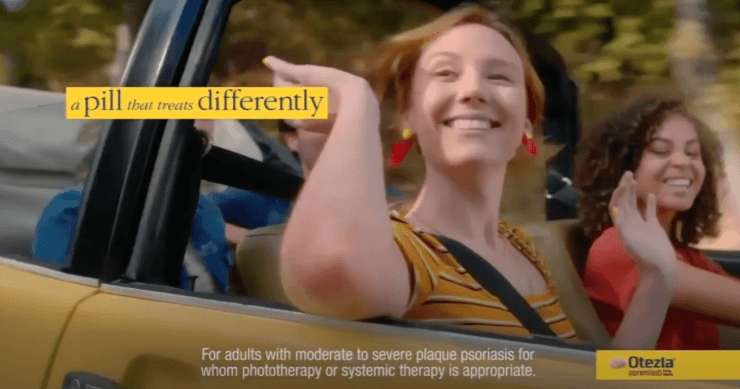 Media, whether broadcast, streamed, or print, is a lifeline of information for most Americans. Updates on the pandemic, results of an election, knowing whether you are in the path of an oncoming hurricane or snowstorm—we are alerted by news reports and thereby dependent on the factual information they provide. Media informs, shapes opinions, keeps us out of harm’s way. Despite the public pummeling media has received over the past few years, media remains the means through which Americans view much of their world. What the media reports—or does not report—is therefore crucial to shaping opinion and behavior.

There are troubling trends at work in what the media chooses to report or not to report. I am referring specifically to the impact that direct-to-consumer (DTC) drug advertising has had on the content of media reporting over the past decade. Most people already know that, if you watch broadcast or cable TV or read mainstream magazines, you will see that the pharmaceutical industry is now among the most frequent advertisers in U.S. media. However, what you will not see or read is reporting on problems in healthcare: no mention of the ruthless pricing practices of pharmaceuticals or medical devices, the obscene compensation packages of Big Pharma executives, the aggressive billing practices of hospitals, the boom in people filing for bankruptcy after hospitalization despite having health insurance. In short, given the rich flow of advertising dollars from the pharmaceutical industry, media outlets choose to not air any message potentially antagonistic to major advertisers. And this is a problem.

After all, the $3.3 trillion U.S. healthcare industry is the costliest in the world. We pay more for pharmaceuticals than any other country, more per capita, yet we rank at the bottom of healthcare quality compared to other Westernized countries, 38th in life expectancy. There are deep systemic problems in the American healthcare industry, yet we hear almost nothing about it in the media. We hear almost no criticisms, we do not hear about alternatives. We do hear about Federal policy, such as that deriving from the Affordable Care Act, but rarely do we hear anything beyond its basic provisions. Healthcare comprises almost a fifth of the country’s economy, yet we hear almost nothing from major TV networks, cable news shows, or print magazines about the deep systemic problems that plague modern American healthcare.

“Show more with Otezla.” “You have the power to lower your A1c.”

Although legal since 1985, years of lobbying and debate resulted in Congress passing legislation in 1997 that relaxed restrictions on DTC drug advertising, allowing drug companies to market their products directly to consumers, rather than to only physicians who prescribe them. The pharmaceutical industry took advantage of this less restrictive situation: spending on DTC drug ads of $1.3 billion in its first year climbed to $6 billion in 2016 to pay for 663,000 TV commercials, a total of 4.6 million TV and print ads, according to The Dartmouth Institute for Health Policy and Clinical Practice. DTC drug ads are now a major source of revenue for media.

Direct-to-consumer (DTC) drug advertising has become a ubiquitous presence in American media. Watch morning or evening news and there can be four or five DTC drug ads during a 30-minute broadcast. Watch a popular drama or game show and you will likewise see that nearly every second or third ad promotes the sale of a drug.

Of course, it wasn’t always this way. In the last two decades of the twentieth century, as Baby Boomers aged and developed an increasing burden of chronic health conditions, and as the focus of pharmaceutical drug development shifted away from agents for acute and catastrophic diseases and towards chronic “diseases of lifestyle” such as high cholesterol, hypertension, and obesity, Big Pharma showed increasing interest in expanding its ability to market directly to consumers. The world of prescription drugs evolved from antibiotics, pain medication, and other drugs typically taken for several days to weeks after an acute illness, towards agents taken for years, decades, even a lifetime to address “diseases of lifestyle.” And what better way to exploit such long-term chronic conditions than to market directly to the end-consumer?

But DTC drug advertising has had a dire unintended consequence: the virtual shutdown of reporting on health and healthcare. Think back ten years and recall the interviews of book authors on health and nutrition topics, Big Pharma executives grilled by aggressive reporters to justify skyrocketing costs of pharmaceutical agents, exposés on the costs and inequities of hospitalization, fraud and overuse of procedures by doctors. Big Media was fulfilling its intended purpose, exposing problems, highlighting problem solvers, pointing towards solutions.

Watch TV or read a mainstream magazine today and you will hear crickets—there is virtually no reporting on the misbehavior, misuse, or abuse from the healthcare or pharmaceutical industries.

Much of media’s failure to report on problematic issues that plague American healthcare means that you likely never heard that:

While I cite a handful of eye-opening examples of healthcare news you likely never heard, there are thousands more. The numbers are staggering, the consequences breathtaking—yet you likely have heard little more than whispers about such healthcare news items and certainly not from major TV networks, most cable stations, nor print media.

The inequities and profiteering of modern American healthcare are most recently being highlighted by the hospital bills now being received by survivors of COVID-19. People who spent any time in an ICU on a ventilator, for instance, typically receive bills for costs not covered by healthcare insurance in the six-figure range. A growing list of people are receiving bills in the seven-figures.

Few anticipated that advertising drugs directly to the consumer would seriously hamper the public’s ability to be kept aware of deep systemic problems in our world. While reporting on healthcare politics continues, you will be hard-pressed to identify any evidence on any major TV or cable network or major magazine of reporting on the deep and systemic problems in American healthcare.

In a world in which we increasingly value transparency, it can be hard to imagine a world in which information is hidden and unreported. After all, in our wildly electronically-connected age, the opposite tends to be true: we are inundated with a flood of information, some of it true, some of it not true, and the challenge is to make the distinction. But not to have access to information about an issue at all?

Events of the last several years in which the integrity of the media has been questioned has laid bare the considerable, sometimes heroic, efforts people in media make to report unbiased news, as well as the depths to which media can drive polarization and misinformation. Most people in media adhere to a code of ethics to report information accurately, impartially, and with public accountability. But what about not reporting on a major societal issue that has reached crisis proportions? As much good as the media provide, on this issue I believe that they have abdicated their responsibility and violated their code of ethics.

It is ironic that legislation originally justified by arguments involving free speech has had the opposite effect in Big Media, squashing their interest in delivering news and commentary that could potentially antagonize a major source of advertising revenues.

Perhaps the greatest irony of all is that, of the billions of dollars spent on DTC drug ads, it is ultimately the consumer who pays for it, even though you cannot count on the media to remind you of this fact.