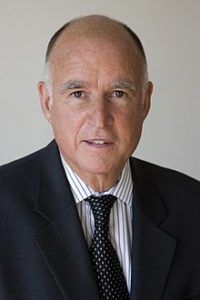 Years ago I was on a flight out of Monterey and, as is my wont, I struck up a conversation with the passenger beside me. She was a local and somehow we got talking about the local daily newspaper, the Monterey Herald. I told her that because of its price relative to value, I had dropped it a few years earlier but that I thought I was missing important local news and was thinking of resubscribing.

“I admit I’m biased,” she said, “my husband is one of the reporters.”

I asked her his name and she told me. I recognized it. He had had a fairly snarky attitude in some of his reporting, especially on issues having to do with libertarian or conservative causes. Not always, by the way, and maybe not even often, but often enough for me to notice.

I could have launched into a critique of her husband. But what would have been the point? It might have led to an uncomfortable flight for both of us.

So I went a different route. I told her something I liked about  him.

I told her about my favorite piece he ever wrote in the Herald. I had clipped it and it had burned in my office fire but I remembered it well. He had written an op/ed about his own experience decades earlier as a reporter for a different newspaper in the central California valley. It was during Jerry Brown’s first 2 terms as governor, sometime between January 1975 and January 1983. Brown was looking for someone to fill a judge slot and in order to satisfy a particular constituency, he thought he had to choose someone of Greek descent. So he and his people looked around to find someone to fill the slot. This reporter had happened to follow the story closely and was struck by how the people making the choice seemed to put zero or close to zero weight on anything about the potential appointee other than his Greek heritage. Would he be a good judge? They didn’t seem to care.

This reporter concluded the Herald op/ed by stating his hope that this is not how government works and that what he saw was rare.

I told his wife that I had concluded, based on my experience and reading, that what her husband had seen was in the normal range. Government officials just didn’t have strong incentives to make good decisions. I told her that I wished he had written more articles in which he delved into how government actually works.