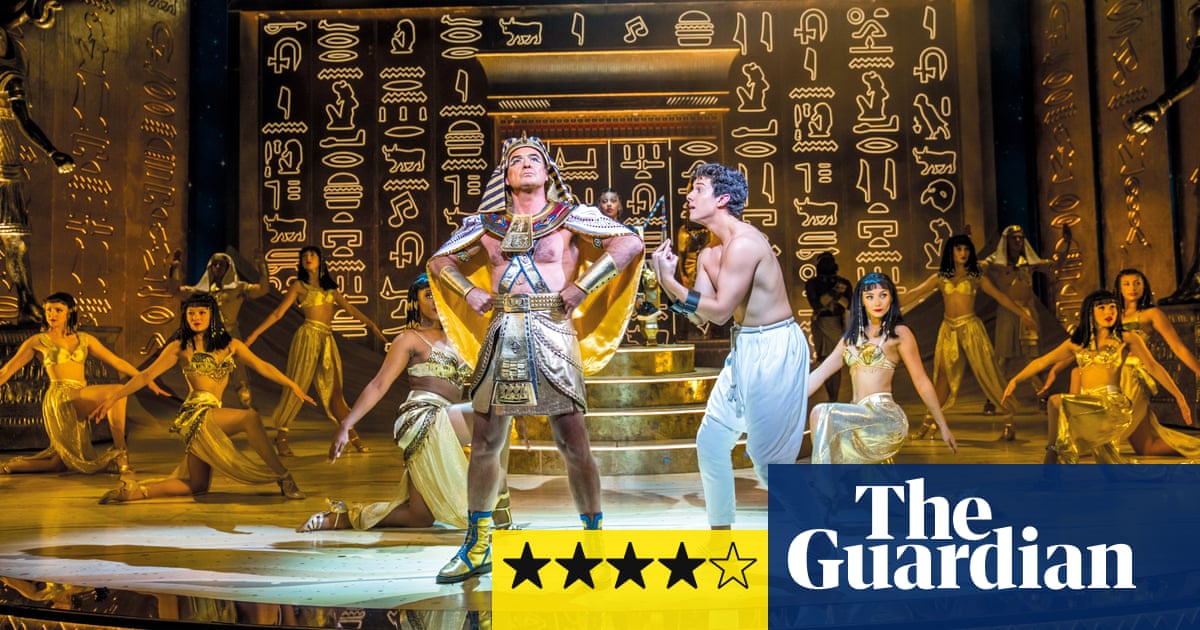 While Andrew Lloyd Webber bumpily steers his latest £6m production into being, there is this smooth operator of a show from his musical archive. Together with Tim Rice’s lyrics, it fashions strong material from an age-old story – with its music at least.

The cast here is a winning one too, under the direction of Laurence Connor. Enlisting Alexandra Burke as the Narrator (she doubles up in other parts too) ensures a strong musical delivery from her central role, but she brings plenty besides her voice, from silky movements to minx-like touches. The only odd note is her costume – shiny leggings, sparkly trainers and high ponytail, which give her the look of an aerobics instructor.

The bigger surprise is Jac Yarrow, who made his West End debut when the production opened in 2019. He looks like a chiselled biblical superhero in his coat of many colours and belts out ballads that rival the power of Burke’s, including a soaring rendition of Close Every Door.

Morgan Large’s set design appears initially predictable, with ethnic prints and swirling cloth. The centrepiece is the sun reflected on to a back screen whose changing colours stunningly saturate the stage, thanks to Ben Cracknell’s lighting. It is when the desert hues of Canaan give way to the blingy modern surfaces of the Pharaoh’s palace in Egypt that the show begins to dazzle visually.

In song and showmanship too, it transitions from a solid show to a storming one by the end of the first half, and every performance oozes personality and mischief from hereon in. The seduction scene, in which Burke plays Potiphar’s lascivious wife, has a kitschy whiff of Carry On, while the Pharaoh’s song is pure Las Vegas gold.

Jason Donovan’s turn cements a musical firing on all cylinders. Having played the title role in 1991, he is now a rockabilly Pharaoh, volubly out of puff by the end of his number. His voice does not always hold above the orchestra, but he is still a comic highlight – a cross between Johnny Cash and a croaky Elvis.

The brothers are “bros” (and include four children) who remain faceless until Those Canaan Days, set during the famine, which almost steals the show for its pastiche of French chanson, its comic acting and its ticklish lyrics (“No one comes for dinner now / We would eat them anyhow”).

There is jazz, tap, and pop too, as well as a sudden outbreak of can-can until one brother puts a stop to it (“I said Canaan, not can-can”). It might all be familiar, unthreatening fare, but it excels at its job. As the programme says: if it ain’t broke.

We will be in touch to remind you to contribute. Look out for a message in your inbox in September 2021. If you have any questions about contributing, please
contact us.
Fashion