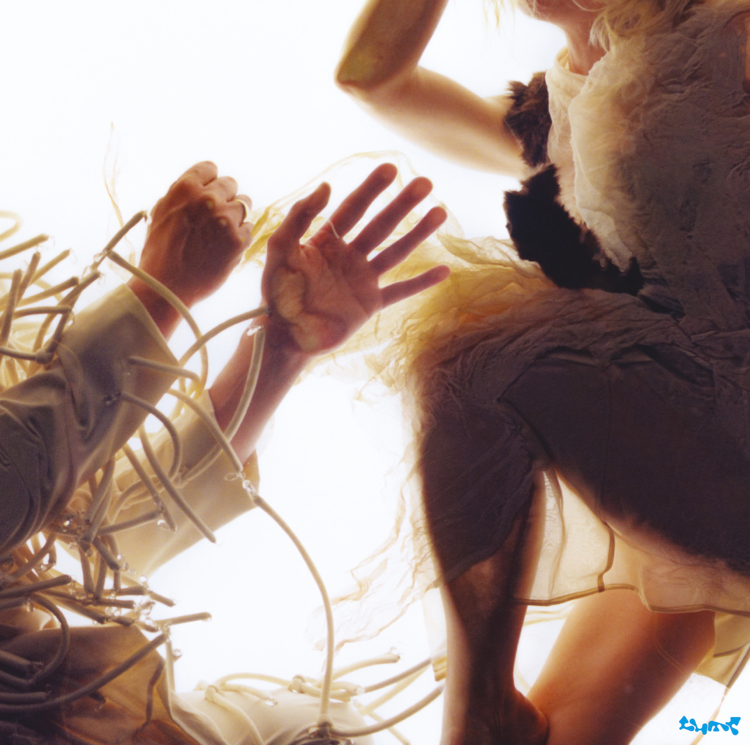 The song is set to appear on the group’s forthcoming second album ‘Animal’ (out July 30 via Chrysalis/Partisan), which will also include its previously-released title track as well as ‘Climb Every Wall’.

“It wants to be this massive pop track, but it’s been twisted,” Linday explained of LUMP’s latest single. “I like that when the chorus comes in you’re like ‘Wow!’ It’s this huge pop chorus, but then it becomes really creepy with the whispered ‘We cannot resist’.”

Marling, meanwhile, said in a statement that ‘We Cannot Resist’ was “another one about hedonism”.

“But it was tricky because it’s such American imagery,” she continued. “I remember we had to stop and start and redo quite a lot of the lyrical takes because saying things like ‘Down to burn rubber’ are quite awkward to say in an English accent.”

The track arrives with a woodland-set official video, which sees Marling and Lindsay get a rare glimpse of the colourful LUMP creature while out exploring. Later, the monster breaks out for an adventure through the streets of central London.

‘Animal’ will also feature the songs ‘Bloom At Night’, ‘Red Snakes’, ‘Paradise’, ‘Hair On The Pillow’ and more.

The full tracklist is as follows:

Marling previously revealed that the record was inspired by a newfound interest in psychoanalysis. “I like the idea that psychoanalysis attempts to investigate the routes of desire,” she said.

LUMP will head out on the road in August and September – you can see the full tour schedule below.