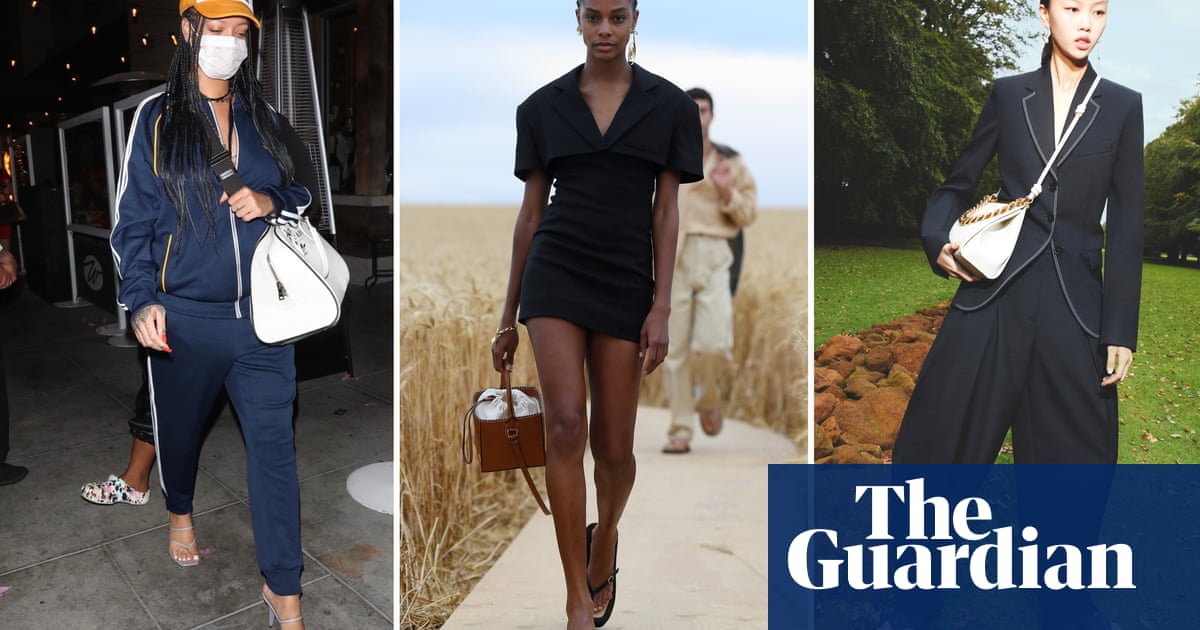 Flip-flops have long been a staple of heatwaves, found everywhere from beaches to barbecues. But, in 2021, the humble footwear – which can cost as little as £5 – are set to be fashion’s shoe of the summer.

Gucci, one of the most influential high-fashion brands, has now made a pair of flip-flops featuring its “GG” insignia, possibly in reference to the Bhad Bhabie song, Gucci Flip Flops, released in 2018. Gucci’s flip-flops are now on sale for £220.

This is, of course, an accessible trend. While many people already own flip-flops, the Havaiana Tradicional brand – widely seen as a flip-flop classic and available in endless colours – is available for £18. The Fitflop Walkstar, a style popular with celebrities including Julianne Moore and Michelle Obama, has been reissued and costs £60.

Adding a heel to flip-flops is the update that celebrities including Rihanna, Kendall Jenner and Addison Rae are endorsing. Something of a Marmite item, Vogue recently dubbed heeled flip-flops – sometimes also called toe thongs – “one of summer’s most controversial shoes”.

Nikara Johns, a senior editor at Footwear News, calls them “divisive”, but says the endorsement “from Gen-Zers like Rae [means] the trend is likely to last beyond this summer.”

The popularity beyond celebrities is already growing. Asos reports that its £25 Haven sandal, a heeled flip-flop with a squared-off sole, has been a bestseller. “We have seen a great reaction … this year so far,” said a spokesperson. “We have dropped lots of colours including lilac towelling and neon – the most popular colour being all-white.”

Flatform flip-flops are another variation. Marks & Spencer say their £35 white flatform flip-flop is the top-selling style on the website. They are seen as a smart alternative to the casual design. “Our platform leather flip-flops have been a particular favourite with customers,” says Helen Wilson, the M&S head of womenswear merchandising, “offering a contemporary update and providing a chic addition to your footwear wardrobe this season”.

There was a boom in flip-flops last year, as lockdown meant more consumers were searching for comfortable footwear. Between June and August 2020, searches for flip-flops increased by 53% on the fashion-search platform Lyst. Fashion also briefly brought back the Havaiana in 2018, when they were popular with style influencers at Copenhagen fashion week; in 2019 the heeled styles were worn by Kim Kardashian West and others. “They were everywhere – whether you liked it or not,” says Johns.

This latest upswing may partly be down to a new generation’s interest in the Y2K era – fashion from around the millennium. Flip-flops were popular with stars of this era, including Paris Hilton, Nicole Richie and the Olsen sisters. Much to their many fans’ delight, Ashley Olsen continues to wear traditional flat flip-flops. She was seen last month in a trouser suit with the sandals.

Versions of flip-flops date back to at least 4000BC. The current style is thought to originate from the Japanese zori sandals. When Japanese swimmers wore them for the Melbourne Olympic Games in 1956, sports companies began to manufacture the shoes and their popularity spread. Today they could be – with added heels – the height of fashion.

• This article was amended on 10 June 2021 to clarify that Nikara Jones is not the only senior editor at Footwear News as suggested in an earlier version.