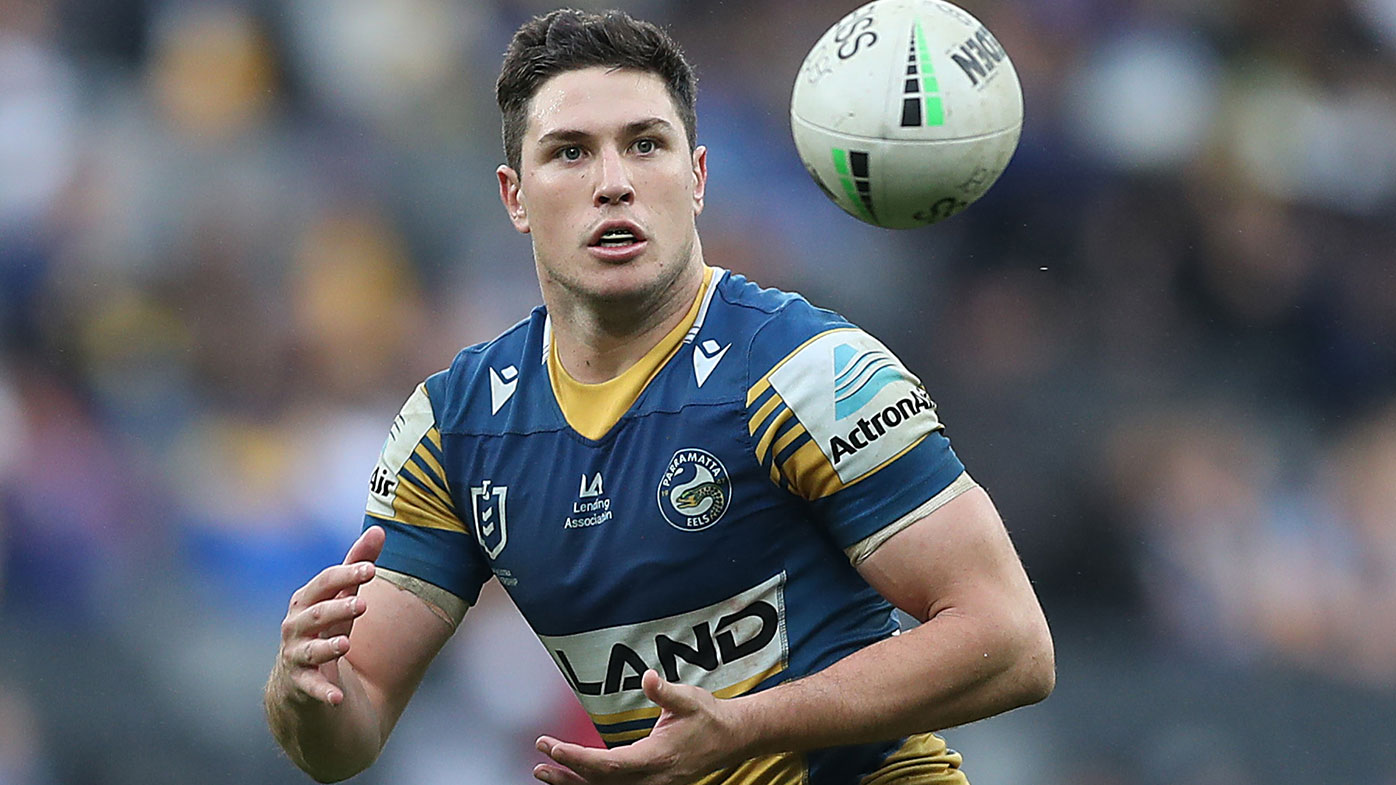 Parramatta Eels halfback Mitchell Moses says he’s ready to step up and make his Origin debut after Nathan Cleary was ruled out for Game III due to a shoulder injury.

It was revealed earlier today that Cleary, the current first-choice halfback for the Blues, will miss Game III on July 14 after suffering the injury in New South Wales’ series-clinching win in Game Two last Sunday.

Fittler could also shift Jack Wighton from the interchange to pair with Jarome Luai in the halves as another option, but despite the scenarios available for the Blues coach, Moses is confident he can take on the responsibilities as NSW look to clean sweep the Maroons.

“You’d like to think so,” Moses told reporters when asked if he was ready for an Origin debut.

“If I wasn’t more than ready by now I’d be kicking myself.

“It’s completely up to Freddy and what direction he wants to go.

“We’ve got a big test this week against Penrith and that’s my full focus.

“If you look too far ahead on those types of things it can affect your footy.”

Moses and Fittler are no strangers to each other, with the Parramatta halfback previously playing under the Blues coach during the 2017 World Cup for Lebanon.

“He (Fittler) coached me in that World Cup side when I was playing for Lebanon,” Moses added.

“I got along with him really well and loved playing underneath him. He was massive for my game back then.

“He’s a good operator and what he’s done with the Blues this year, the footy they’re playing is unbelievable, they’re all on the same page. It’s a credit to him.

“They’re just playing with a lot of energy and everyone knows their role, that’s the biggest thing. Everyone is in sync, it looked like a team that’s been training all year.”