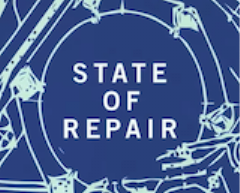 State of Repair is Motherboard’s exploration of DIY culture, device repair, ownership, and the forces fighting to lock down access to the things you own.

On Thursday, Congressman Joseph Morelle (D-NY) filed national right-to-repair legislation with Congress. The Fair Repair Act would require manufacturers to provide device owners and independent repair stores access to the tools, parts, and information they need to fix electronics. If it passed, people could fix their own stuff without having to return their stuff to the people who made it. Farmers could fix their own tractors and we could all more easily fix our own phones.

Thus far, the overwhelming majority of right-to-repair legislation has been introduced at the state level; national legislation would obviously make implementation easier, because it would prevent different states from having different laws about electronics that all Americans own.

“For too long, large corporations have hindered the progress of small business owners and everyday Americans by preventing them from the right to repair their own equipment,” Rep. Morelle said in a statement. “It’s long past time to level the playing field, which is why I’m so proud to introduce the Fair Repair Act and put the power back in the hands of consumers. This common-sense legislation will help make technology repairs more accessible and affordable for items from cell phones to laptops to farm equipment, finally giving individuals the autonomy they deserve.”

The legislation is overwhelmingly popular with both Democrats and Republicans, but getting bills passed has been very difficult because major companies and lobbying groups have managed to scare legislators in many states and have gotten the bills killed.

“Right to Repair just makes sense. It saves money and it keeps electronics in use and off the scrap heap. It helps farmers keep equipment in the field and out of the dealership,” Nathan Proctor, U.S. PIRG Senior Right to Repair Campaign Director, said in a press release. “No matter how many lobbyists Apple, Microsoft, John Deere and other big companies hire to put obstacles in the way of us fixing our stuff, Right to Repair keeps pushing ahead, thanks to champions such as Rep. Morelle.”

The Fair Repair Act does more than force the manufacturer’s hand, it punishes them if they don’t comply. “This bill allows for the Federal Trade Commission (FTC) to penalize those who violate these provisions through civil penalties including payment of damages, reformation of contracts, and refund of money or property,” Morelle said in a press release. “It also empowers the FTC to promulgate any rules or regulations necessary to carry out these enforcement duties. The Fair Repair Act authorizes state attorneys general to enforce the bill’s provisions as well.”

“At iFixit, we believe that big tech companies shouldn’t get to dictate how we use the things we own or keep us from fixing our stuff,” iFixit’s US Policy Lead, Kerry Maeve Sheehan, told Motherboard. “We applaud Congressman Morelle for taking the fight for Right to Repair to Congress and standing up for farmers, independent repair shops, and consumers nationwide.”

People want to fix their own stuff. No one wants to pay $400 to replace an iPhone when a cheap fix would solve all their problems. But this issue affects more than just consumer electronics. Farmers have been dealing with this issue for years. As their farm equipment has gotten more complex, manufacturers like John Deere have operated an effective monopoly on repairs.

Big tech and others have strong lobbying groups working against right-to-repair laws, but with 27 states working on some form of legislation and this new bill filed in Congress, an era where everyone can cheaply fix their own stuff is starting to feel inevitable.