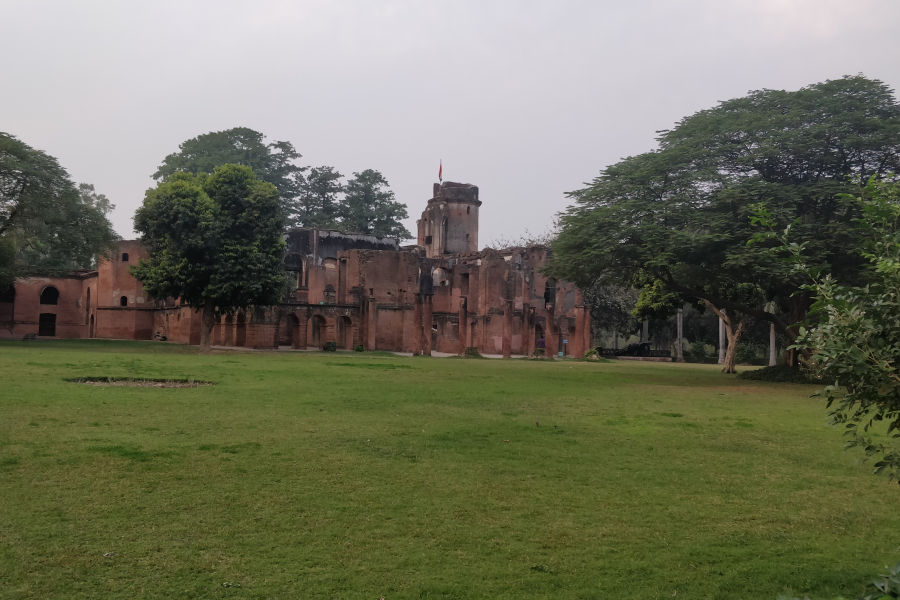 When we think of a holiday in India, Lucknow rarely makes it to the list. Although for lovers of food and Chikan work Lucknow isn’t a new name. However, very few look beyond its apparent veil, which, once lifted, gives a peek into what is probably the most eclectic of cities in North India, after Delhi.

The city set on the banks of the river Gomti is bejeweled with architectural masterpieces rooted in history. Impressive monuments with a strong Islamic and British influence dot its skyline. There are fascinating bazaars and revered religious places that even today attract locals and tourists alike. It has managed to preserve its reputation as a city of rich culture, delectable cuisine, and intriguing history.

This city of Nawabs is, therefore, a perfect way to spend an offbeat holiday! And here are a few attractions to look forward to during a weekend in Lucknow.

An Imambara is an edifice built to commemorate the sacrifice made by Muhammad’s grandson, who was also the third imam, and his followers at the battle of Karbala. Lucknow was the dominion of the Nawabs who followed the Shia sect, therefore, it has many imambaras spread throughout the city.

Flanked by a mosque and a small tomb, visitors to the premises are welcomed by a peaceful water body filled with lotuses and surrounded by perfectly manicured lawns. But what captivates travelers is the vibrant glass chandelier that adorns its interiors, giving it the nickname ‘the palace of lights.’

Wrapped around by beautifully trimmed gardens, the cluster of ruins that form the Residency stands as an anomaly. It is a stark reminder of the first war of India’s independence – the revolt of 1857.

The mutiny, which was spreading through Meerut and Kanpur, hit a roadblock here, turning this complex into a battlefield. It was guarded like a fortress during the revolt when Sir Henry Lawrence, with about 2000 other Europeans, held the fort, though most of them perished eventually, including him.

The construction began during the time of Asaf-ud-Daula when the main building served as the British Commissioner’s residence in Lucknow, giving the complex its name – the Residency. Other important buildings like the Brigade Mess, Banquet Hall, Dr. Fayrer’s House, and Begum Kothi came up eventually, thus making it an important British administration hub. Today, the museum on the premises tells the story of the Residency from its infancy until it was turned into a ruin that we can see today.

A weekend in Lucknow is not complete without visiting what is considered one of the country’s most respected educational institutes. La Martiniere was constructed by a French General named Claude Martin in memory of his love – Constance.

By seamlessly marrying Indian and European architectural styles, he managed to create an iconic monument that served as his residence until his death. The interiors are equally stunning, with a bas relief ceiling decorated with classical paintings.

Facing the Gomti river, the front façade captivates you with its sheer opulence in design. The great bell, cast by the General himself, and the bronze cannon at the entrance are a major draw apart from the building itself. Buried 18-feet below the main tower, it also became his tomb in 1800. As per his will, La Martiniere was later converted into a boarding school in 1840.

A popular picnic spot in Lucknow, especially for the locals, is the gardens of the Dilkusha Kothi. At one time, these were a playground for the Nawabs. Commissioned by Nawab Saadat Ali Khan, architect Major Gore Ousley modeled Dilkusha around the Seaton Delaval Hall of Northumberland in England.

Although initially used as a hunting lodge, it became the summer home of the Nawabs. Further additions were made to the structure by future generations of Nawabs, which led to beautiful gardens and distinct French-influenced buildings.

However, during the 1847 uprising, the revolutionaries attacked the complex destroying much of the buildings. Today the ruins of the circular baradari and the hunting lodge are all that remains of the complex echoing the grandeur of the Nawabs.

For a short break away from Lucknow, drive an hour away to the Dargah of a revered Sufi saint. Born in 1809, Waris Ali Shah belonged to the Qadriyya-Razzakiyya Sect. He generated enough credibility by being a proponent of universal brotherhood during his lifetime and therefore garnered numerous followers from different faiths.

Keeping in line with Sufism’s primary tenet, he advocated communal harmony and welcomed people from all walks of life. The Dargah, which is the tomb of Waris Ali Shah, is also one of the few where people gather to play Holi every year.

The atmosphere here is filled with adulation, and tributes pour in during the Urs when the festivities are accompanied by musical evenings, kavi sammelan, mushairas, and the likes.

For an eccentric weekend in Lucknow, take a longish drive of about 2.5 hours outside of the city, towards Agra. The road will lead you to Kannauj – a town that has been manufacturing attars (perfumes) for the elites of Lucknow for centuries.

Kannauj is surrounded by rose fields, which is the most common fragrance for the famous attars of Lucknow. However, a unique aroma that has been skillfully captured by perfumers here is the earthy smell of the earth after the first rains – petrichor.

The perfumeries here still use the age-old process of manufacturing perfumes via distilling and condensing called deg-bhapka. It is fascinating to witness this process, and many perfumeries are happy to give visitors an insight into their workings.

Lucknow is a colossal metropolis that is a true feast for all the senses. Including it in your bucket list, even if it is was only a weekend in Lucknow, will undoubtedly result in a memorable vacation.