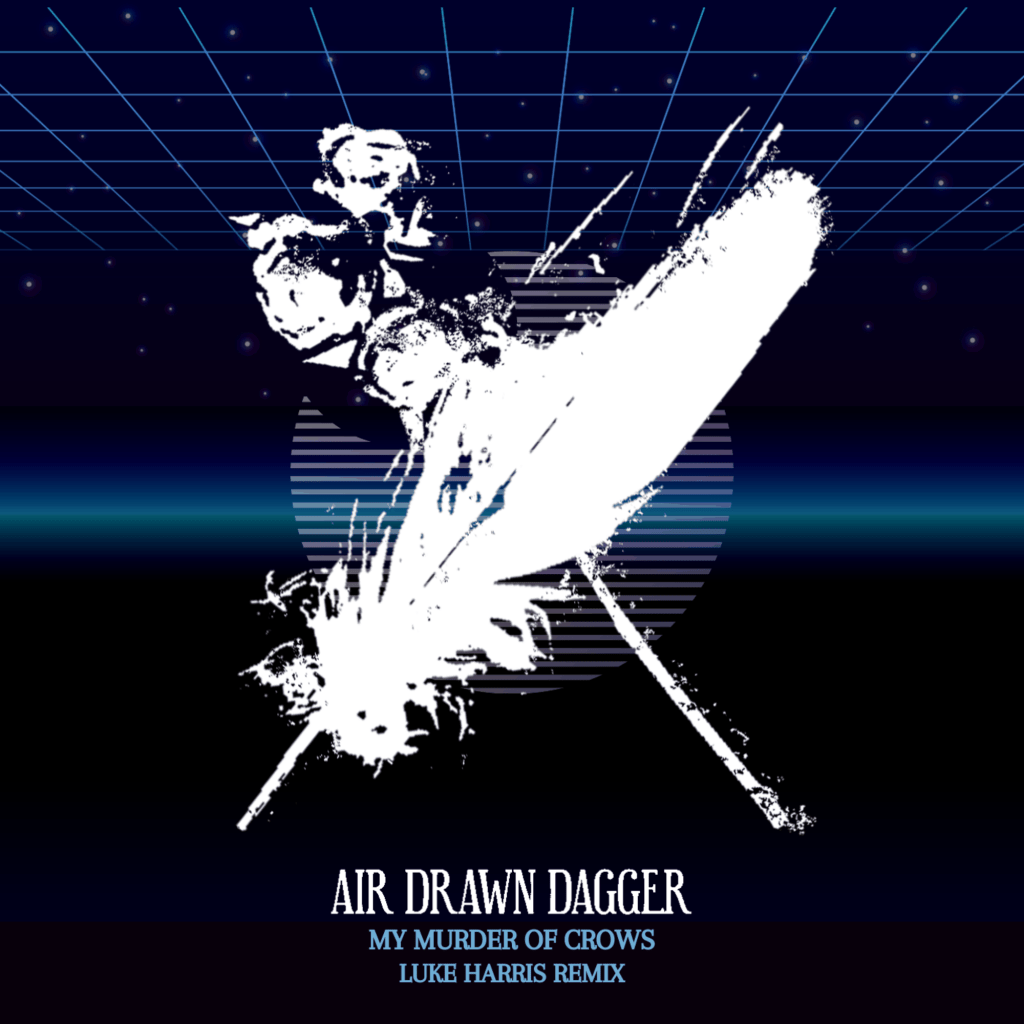 Bucking the recent trend of pop rock bands sounding more pop and less rock, Sheffield UK’s Air Drawn Dagger has been injecting loads of rebellious energy into the genre, one song at a time.  The band, fronted by the Hayley Williams-esque Maisie, combines dynamic vocals, intense guitar riffs, and driving rhythms to create downright infectious tracks. Their hallmark is hitting you with enough musical hooks and lyrical angst that you don’t know whether to riot, dance, or cry as you listen to the tracks on repeat.  Would you expect anything less dramatic from a band whose name comes from a Macbeth soliloquy?

Their most recent release, “My Murder of Crows,” gives us a full blast of the trio’s electronic-infused, emo-steeped, pop-punk-tinged brand of pop rock. It feels like what you would get if you threw Paramore, PVRIS, and All Time Low in a blender and added just a hint of a British accent.  While the song’s intensity will easily snare you, the band is using those riffs to share a deeper message:

“[My Murder of Crows] is for anyone struggling with being overwhelmed by productivity culture and looming burnout,” Air Drawn Dagger’s frontperson Maisie recently shared. “Here it takes the shape of sinister omens, stalking and feeding off you, representing the emotional toll it puts on us.”

Now, we get to see the single reimagined as an 80’s electro banger thanks to the Luke Harris Remix of “My Murder of Crows.” Sounding straight out of an 80’s arcade or movie soundtrack, the remix adds frantic synth and a pulse-racing electronic drumbeat.

“This is a remix of our latest single, created in collaboration with another local independent artist, Luke Harris. He reached out to us literally 10 minutes after we released the song asking to remix it. It sounds like being trapped inside an 80s car racing game whilst you’re pulling it together after a mental breakdown. But you binged loads of sugar while you were crying so your insides feel bad but at least there’s hope…” says Maise.

The ‘My Murder of Crows’ (Luke Harris Remix) officially drops tomorrow, however East of 8th readers are getting a sneak peak today. Pop open a Tab and check it out here: