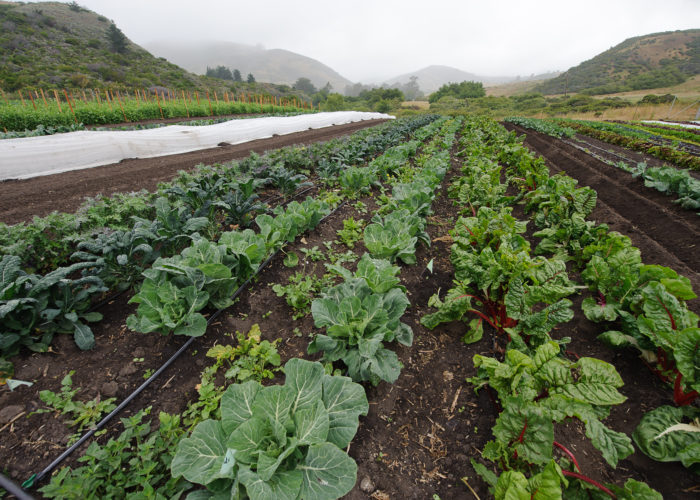 On May 28th, 2021, after months of delays President Biden released his administration’s fiscal year (FY) 2022 budget, the first of his presidency. Notably this is the most delayed budget release in U.S. history, a fact that was largely precipitated by the Trump Administration’s refusal to accept the results of the 2020 General Election and subsequent efforts to delay the orderly transition from one Presidential administration to the next.

The nearly $4 billion in additional spending proposed for the USDA includes considerable new investments in a number of important sustainable agriculture and food systems programs.

In this post, NSAC outlines the Administration’s proposed FY 2022 budget as it pertains to the sustainable agriculture community. For a summary of funding proposals for programs NSAC tracks included in the President’s budget visit our newly updated appropriations chart. Issue areas covered in this analysis include:

For the first time in many years, the President’s FY 2022 budget request does not include sweeping proposals to gut USDA conservation programs or any USDA agency for that matter. The President’s budget is not only notable because it does not propose sweeping cuts to USDA conservation programs.  Rather it goes in the opposite direction and includes proposals to increase mandatory funding for several conservation programs as part of the American Jobs Plan infrastructure package and increased discretionary funding as part of an overall government wide focus on climate change.

However, while investing resources to address climate change is a core element of the President’s overall budget, the proposals relative to USDA conservation programs and climate change fall short of the levels of investment that many advocates believe are necessary for agriculture to reach net-zero by 2050.

Conspicuously absent from the proposal is the Conservation Stewardship Program (CSP), the largest working lands program in the country and the only program that rewards both ongoing and new conservation activities. This absence stands in stark contrast to candidate Biden’s Rural Build Back Better plan in which investing in CSP was a central component of Biden’s plans to invest in climate-smart agriculture and enabling U.S. agriculture to be the first to reach net zero emissions.

While the glaring absence of CSP from the FY 2022 budget set of mandatory spending proposals on infrastructure is concerning, on the discretionary side of things the budget proposes to increase funding for Conservation Technical Assistance (CTA) by nearly $40 million, from $734 million in FY 2021 to $773 million in FY 2022. CTA, a subset of Conservation Operations, is the backbone of USDA’s conservation programs. Through CTA, USDA Natural Resource Conservation Service (NRCS) field staff work with farmers to develop and implement conservation plans to conserve resources on their farms and fulfill conservation compliance requirements. Unfortunately, a $40 million increase to CTA falls short of the level that many advocates were looking for, and is certainly not enough to support the widespread adoption of climate-friendly practices that needs to take place to reach the goal of net zero.

In addition to the increased funding for CTA, the President’s budget includes a number of cross cutting, multi-agency climate related proposals. The budget would provide $40 million in dedicated and increased funding for the USDA’s existing 10 regional climate hubs, providing $23 million in direct investments and $17 million in activities to support hub outcomes. The funding would be divided among the NRCS, the U.S. Forest Service, Agriculture Research Service (ARS) and the National Institute of Food and Agriculture, to help farmers and ranchers adapt to and mitigate climate change. The budget also proposes to provide approximately $46 million to multiple USDA mission areas to further the creation of a Civilian Climate Corps.

As mentioned above Research and extension programs would receive considerable new investments if the President’s budget were enacted. The President’s FY 22 Budget Request includes $4 billion for research, education and outreach programs, representing a 16% increase ($647 million) over the FY 2021 enacted level.

Several other important rural economic development programs are also slated to receive robust funding in FY 2022. The President’s budget proposes that the Rural Microentrepreneur Assistance Program (RMAP) be provided with $6 million for grants (flat funding compared to FY 2021) and an additional $400,000 which will allow the program to provide $150 million worth of loans to micro-enterprises in rural communities.

However, the good news does not stop there. The FY 2022 spending package also includes $9 million (an increase of $2 million relative to FY 2021) to continue and expand the work of the new Office of Urban Agriculture (authorized in the 2018 Farm Bill), $24 million for the WIC Farmers Market Nutrition Program (a $3 million increase relative to FY 2021) and $12 million for Farm to School Grant Program. The FY 2021 bill also provides $5 million for the USDA’s Healthy Food Financing Initiative (HFFI) and $2.8 million for the Appropriate Technology Transfer for Rural Areas program, also known as the National Sustainable Agriculture Information Service.

As part of an overall effort from the USDA to address historic and current racial discrimination with USDA programs and policies, the Presdeints’ budget proposes to increas the USDA Office of Civil Rights by $6 million from $23 to $29 million in FY 2022. In addition, the Budget provides $33.7 million for the Heir’s Relending Program, authorized in the 2018 Farm Bill, to resolve ownership and succession of farmland.

Access to credit is critical for farmers, particularly for those just beginning their careers and for producers not well served by the commercial lending sector. Farm Service Agency (FSA) loan programs fill the lending gap by providing financing for producers unable to secure credit from private lenders. For decades, these programs have increased access to credit for small and mid-size family farms and for operations run by beginning, socially disadvantaged, and veteran farmers.

WIth the President’s Budget Request now in-hand, Congressional appropriations can begin the appropriations legislative process. Normally, the President’s budget would be followed by the House and Senate Budget Committee developing and passing a joint or concurrent budget resolution which sets the topline level of funding available to the Appropriations Committees to spend, often referred to as the 302(a) allocations. However, the budget resolution is also the vehicle in which Congress would need to include Budget Reconciliation instructions in order to trigger that special process (more on reconciliation below).

Budget reconciliation is a special budget maneuver that essentially allows a majority party in control of both chambers of Congress and the White House to fast track increases or decreases to mandatory spending levels (not discretionary spending) and the debt-ceiling in a manner that allows the Senate to side-step the filibuster and 60-vote threshold.

Democractic leaders have not moved forward with adopting a joint budget resolution to set the 302(a) allocation for the appropriators because they are waiting to see what transpires with bipartisan negotiations in the Senate around an infrastructure package. By not yet adopting a budget resolution, Democrats preserve the opportunity to include it in the joint budget resolution reconciliation instructions that would allow Democrats to use the reconciliation process to pass major infrastructure spending increases without Republican support.

Following the adoption of a deeming resolution, the House has begun in earnest the process of writing, marking up, and passing appropriations bills with an ambitious goal of completing all 12 bills before the August recess.

The House Appropriations Committee subcommittee on agriculture is expected to release their draft bill this week, proceed to mark-up the bill in the subcommittee on Friday and then move towards full committee passage in the following week. As the process moves forward, we will be watching closely to see how NSAC’s sustainable agriculture and food systems appropriations priorities are addressed and working with committee members to ensure robust support for NSAC priorities.