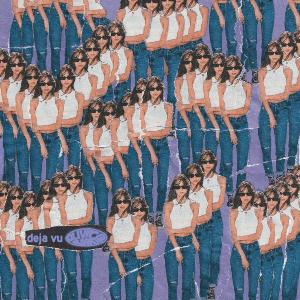 Olivia Rodrigo is on to another big hit with second single ‘deja vu’
2021 might not yet have brought us a lot that we want to remember in a few years from now, but the meteoric rise of Olivia Rodrigo as a pop star is one of the few exciting things to happen. The Disney actress turned artist surprised the whole world right at the start of the year when her debut single ‘drivers license’ started to break records on streaming services and reached number 1 in almost all parts of the world. She has now announced that her debut album will be out in May and ‘deja vu’ is the second single taken from this record. Is Olivia Rodrigo a one hit wonder or did she just launch another big hit?

When you debut with such a massive hit, releasing a follow up is always tricky business, because it is virtually impossible to top your own success. Rodrigo might not top the numbers ‘drivers license’ did with ‘deja vu’, but I am convinced this song is only going to help her build her brand as a pop star. It was born in the same sonic universe as ‘drivers license’ was (she co-wrote it with Daniel Nigro again) with a similar build up and a vibe reminiscent of some of Lorde’s best work. The chorus is a big swaying one with Rodrigo’s emotive vocals belting away over a soaring melody I’m expecting to hear a lot over the coming months.

Rodrigo already showed how she can paint a vivid picture with her lyrics on ‘drivers license’ and she does the exact same on ‘deja vu’. In some ways, the story in ‘deja vu’ picks up where ‘drivers license’ left us. Rodrigo is trying to get over a break up and she now notices that her ex is doing all the same stuff with his new girlfriend. She would be lying if she said it didn’t bother her a little, but part of the process of getting over him is seeing how he is being completely unoriginal with his new lover. Very relatable, especially for her fellow teenagers out there.

I am fully expecting ‘deja vu’ to further cement her name as one of 2021’s main pop stars. The first signs are already there that this is going to be another major streaming hit.