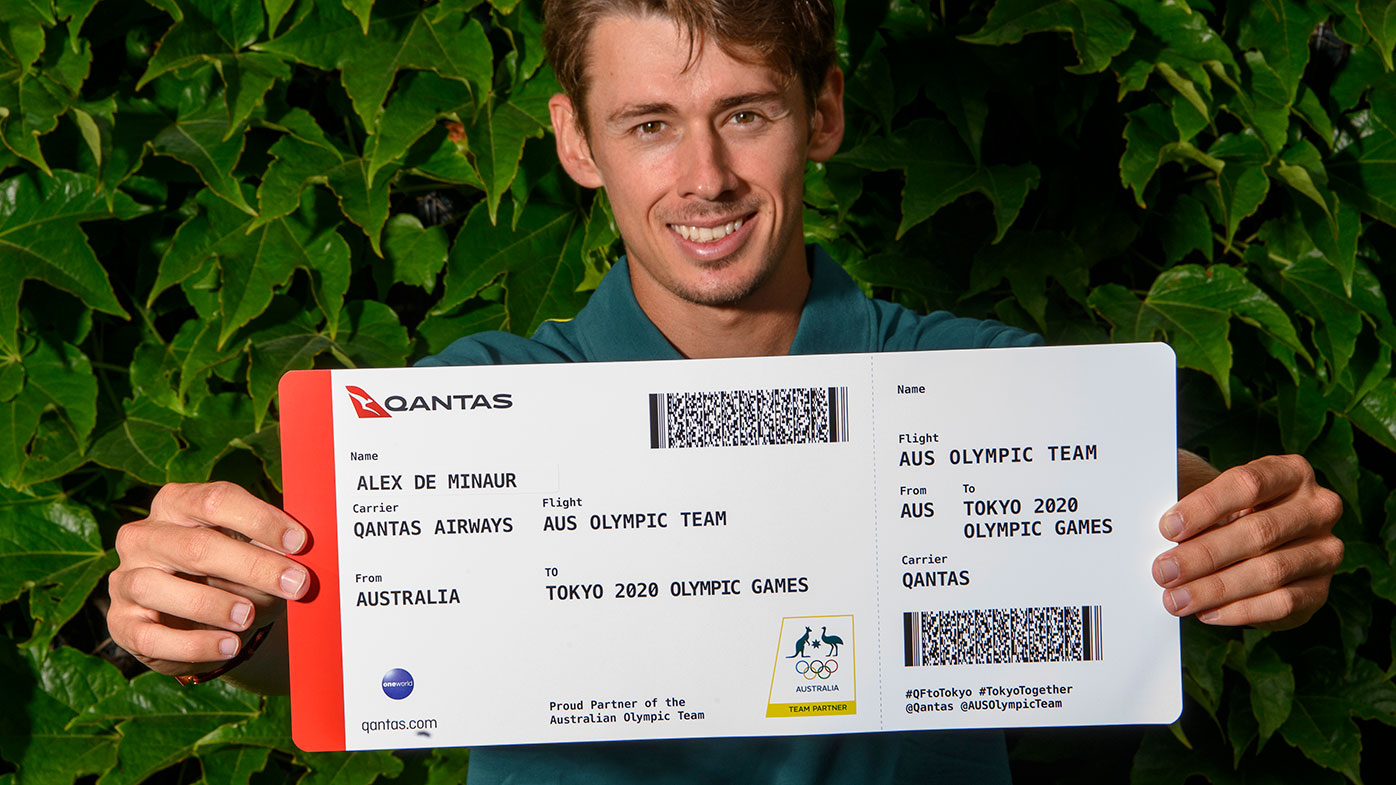 Australia’s biggest ever Olympic tennis team has been named, with Nick Kyrgios and Ash Barty amongst eight debutants.

A total of 11 players will make the trip to Tokyo, including Sam Stosur, who becomes the first Australian tennis player to compete at five Olympics.

Barty and Stosur will be joined by Ajla Tomljanovic in the women’s singles, with Barty to play doubles with Storm Sanders, while Stosur teams up with Ellen Perez.

The only place tennis fans can watch every Wimbledon match is on Stan Sport. Start a seven-day free trial of the Stan Sport add-on now!

Kyrgios, Alex de Minaur, John Millman and James Duckworth will play in the men’s singles, with Millman and Luke Saville playing doubles together, along with De Minaur and John Peers.

Australia’s chef de mission, Ian Chesterman says the team is looking forward to the start of competition in less than a month.

“It’s fantastic to announce our biggest ever Australian Olympic tennis team,” he said.

“Over the years many of our Australian tennis players have embraced the opportunity to represent their country at an Olympic Games. Now these 11 players add to that story. It is a highly credentialed team that has a real opportunity to add to Australia’s Olympic history.

“I want to particularly congratulate Sam Stosur on becoming Australia’s first tennis player to make it to five Olympics. She joins a select group of athletes who have been selected on five Australian Olympic Teams. To create a career that stretches from Athens in 2004 to Tokyo in 2021 is a remarkable feat.”

Mary Hanna (equestrian) and Jian Fang Lay (table tennis) are the only Australian females to have competed at more Olympics than Stosur.

They will each compete at Tokyo for the sixth time.

“Its super special being able to represent your country in one Olympics let alone five,” Stosur said. “I can’t believe I’m still going at this point in time, but thankfully I was able to keep going and make it between London and Tokyo which I didn’t ever think was going to be on the cards.

“To be part of a broader Australian team, that’s just another level of representation and there’s so many amazing, fantastic athletes, in the team every single year. You get to meet people that you’d never ever think that you’d be able to meet or talk to and whatever their sport is, they’re the best in the country and some of the best in the world. To be part of that is absolutely incredible.

“In primary school we did a time capsule thing. I went to the school for the first year that it opened, and I wrote in there that I wanted to win a Grand Slam, be number one in the world and go to an Olympic Games. To have done two out of the three, thinking that when I was nine or 10 years old, who would’ve thought, is something incredible.”

Barty will make history as the first Australian Indigenous Olympian in tennis.

“I think making your first Olympic team, particularly as an Australian, we have such a rich history and the Olympics is something I’ve always dreamt of and obviously super excited to get out there and represent the green and gold with the rest of the team,” Barty said. “It’s a massive united team and I can’t wait to be a part of it.

“Competing in an Olympic Games is always a dream, as young kids you aspire to, and I think we have so many iconic legends in Australian sport who have paved the way for us. Now for me to get a chance to create my own legacy, my own guide for youngsters coming through is really exciting.”