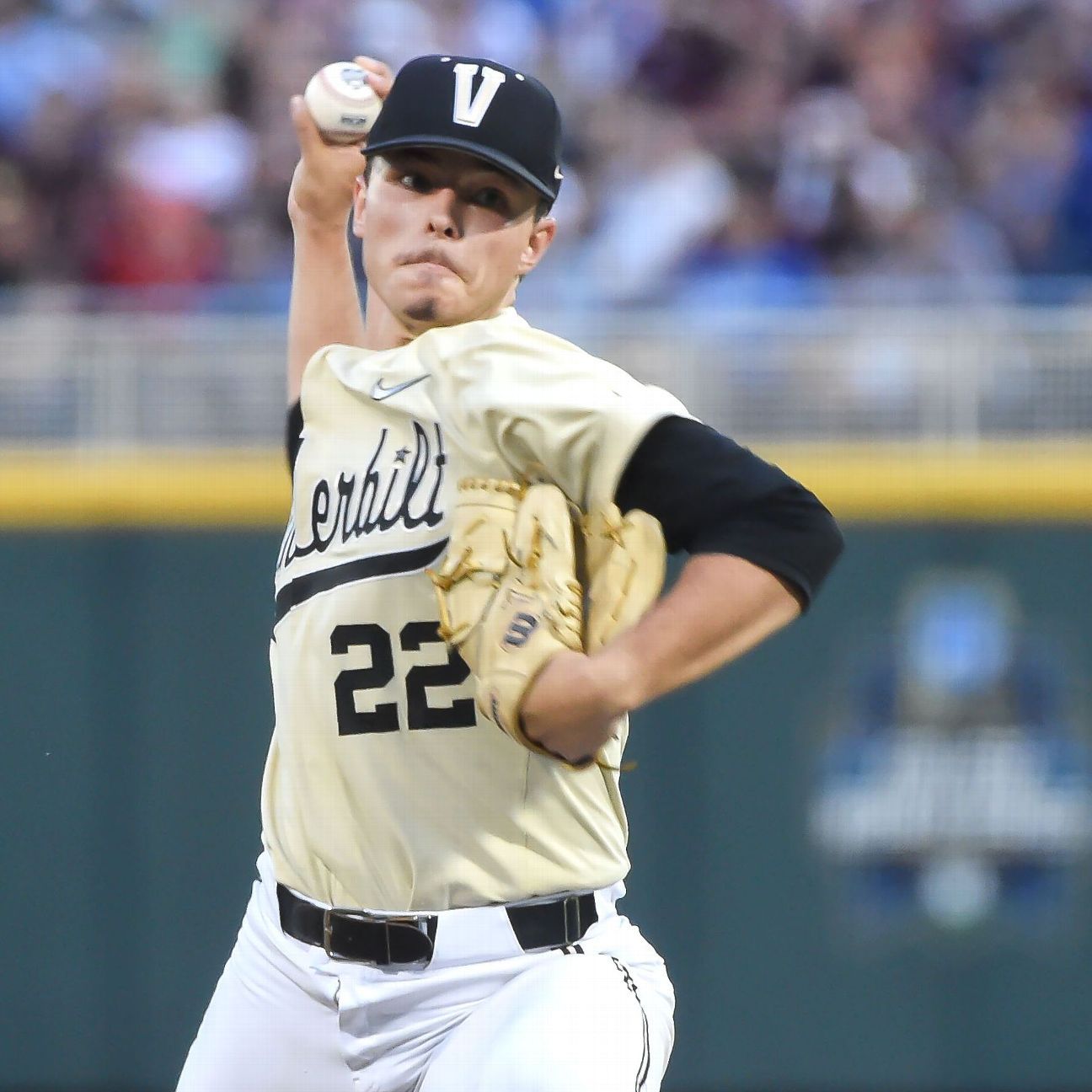 OMAHA, Neb. — Mississippi State had the crowd. Vanderbilt had a big lead and Jack Leiter on the mound, and that was plenty Monday night.

The Commodores rode a seven-run first inning to an 8-2 victory in Game 1 of the College World Series finals to move within a win of a second straight national championship.

Fans in Mississippi State maroon overwhelmingly outnumbered Commodores supporters in the crowd of 24,052, many showing up early for tailgating and ringing cowbells in the parking lots.

Inside TD Ameritrade Park, some of the MSU faithful taunted the superfan known as the “Vandy Whistler” by chanting “Let’s Go State” after each of his series of three, quick whistles between pitches.

“I think we had an idea what the stadium environment was going to be like,” Leiter said. “Our fans were amazing all night. Of course, the Mississippi State fans, you’ve got to tip your cap to that fan base, because it’s pretty awesome the support they give their team. Our offense came out of the chute really hot, so that quieted them down a little bit.”

The Commodores (49-16) scored their seven first-inning runs off Christian MacLeod and Chase Patrick after Mississippi State (48-18) had taken a 1-0 lead in the top half on Kamren James’ homer into the left-field bleachers.

McLeod struggled for a second straight CWS start and got only two outs. The redshirt freshman left-hander walked two of the first three batters and hit two in a row to bring in Vandy’s first run.

McLeod (6-6) lasted only 1⅓ innings against Virginia last Tuesday in what at the time was his shortest outing of the season.

“Tough first inning. We just couldn’t get out of it,” Bulldogs coach Chris Lemonis said following Game 1. “We gave them too many freebies there in the first. When you give Jack Leiter seven runs in the first — a great pitcher, which he is — he just took it and ran with it.”

“Jack certainly set the tone tonight,” Vandy coach Tim Corbin said. “He pitched very well. It was tough pitching too. That team does not give in. They fight you on every pitch. They make it very difficult. He was able to kill momentum at several points.”

The Commodores didn’t do much offensively after the first inning. Three MSU relievers held them hitless over the next five innings.

“I’m not a big moral victory guy, but I did tell our kids I was proud of them afterwards, because after the first inning, we locked in and played great baseball,” Lemonis said. “They should feel confident in some ways in the fact when we did go out there and execute pitches and make plays, man, we’re right there.”

Vandy won the 2019 title and is trying to become the first back-to-back national champion since 2011, when South Carolina won the second of two straight. There was no CWS last year because of the pandemic.

The Commodores won two of three in the regular-season series against Mississippi State in Nashville.

They advanced to the finals without completing bracket play. NC State was removed from the tournament early Saturday because of COVID-19 protocols, and the winner-take-all bracket final matching those teams was declared a no-contest.

Since the best-of-three finals started in 2003, 11 of the 17 Game 1 winners have claimed the national title.

Those raucous Bulldogs fans will be back Tuesday night, and Corbin said his team will be ready for more of the same atmosphere.

Corbin said the last time he had been in a CWS game with so many people rooting against his team, and so loudly, was 2002, when he was an assistant at Clemson. The Tigers were playing Nebraska, and Corbin said it seemed like everyone in the state was in the stands.

Information from The Associated Press was used in this report.