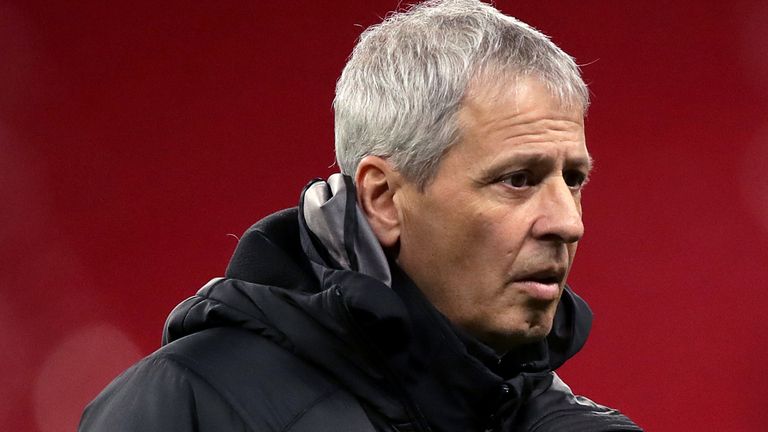 Nothing has been signed yet, as reported by David Ornstein earlier, with Vieira the third manager in three weeks where terms have been agreed, but Palace now expect this deal to go through.

The board had hoped Lucien Favre would change his mind over the weekend, with the ex-Borussia Dortmund boss opting not to take charge in a late U-turn last week, but moved focus to Vieira shortly after.

Palace are insistent on a manager being in place by next Monday, when the players return to pre-season training.

Vieira last managed Ligue 1 club Nice, first taking charge in the summer of 2018 before being sacked in December last year following a run of five defeats in all competitions.

The former Arsenal captain, who won three Premier Leagues and four FA Cups with the Gunners, previously coached at Manchester City before spending two and a half years in the United States in charge of MLS side New York City.

Vieira, a World Cup winner with France in 1998, was linked with Newcastle back in 2018, while in 2019 Arsene Wenger backed his former captain to become Arsenal manager in the future.

Favre’s shock U-turn last week prompted Palace to draw up a fresh list of candidates to replace Roy Hodgson given the Swiss’ appointment was on the verge of being confirmed.

Only a work permit and the finalising of contracts with his backroom team kept Palace from unveiling Favre, but after turning the opportunity down the 63-year-old told them he had not rejected them for another club, despite reports suggesting otherwise.

Favre became the frontrunner for the role after talks with former Wolves boss Nuno Espirito Santo broke down.

Palace’s initial preference was to appoint a manager with Premier League experience but with time ticking and a number of players contemplating their contractual situations, the club has relaxed its requirements to help speed up the appointment.

It was unclear if Lampard and Eddie Howe remained on the shortlist after Favre’s decision, while there was a belief last week it was too late to bring Burnley boss Sean Dyche to Selhurst Park.

Hodgson departed his boyhood club after four years in charge and guided the Eagles to a 14th-placed finish in the top flight in his final season.