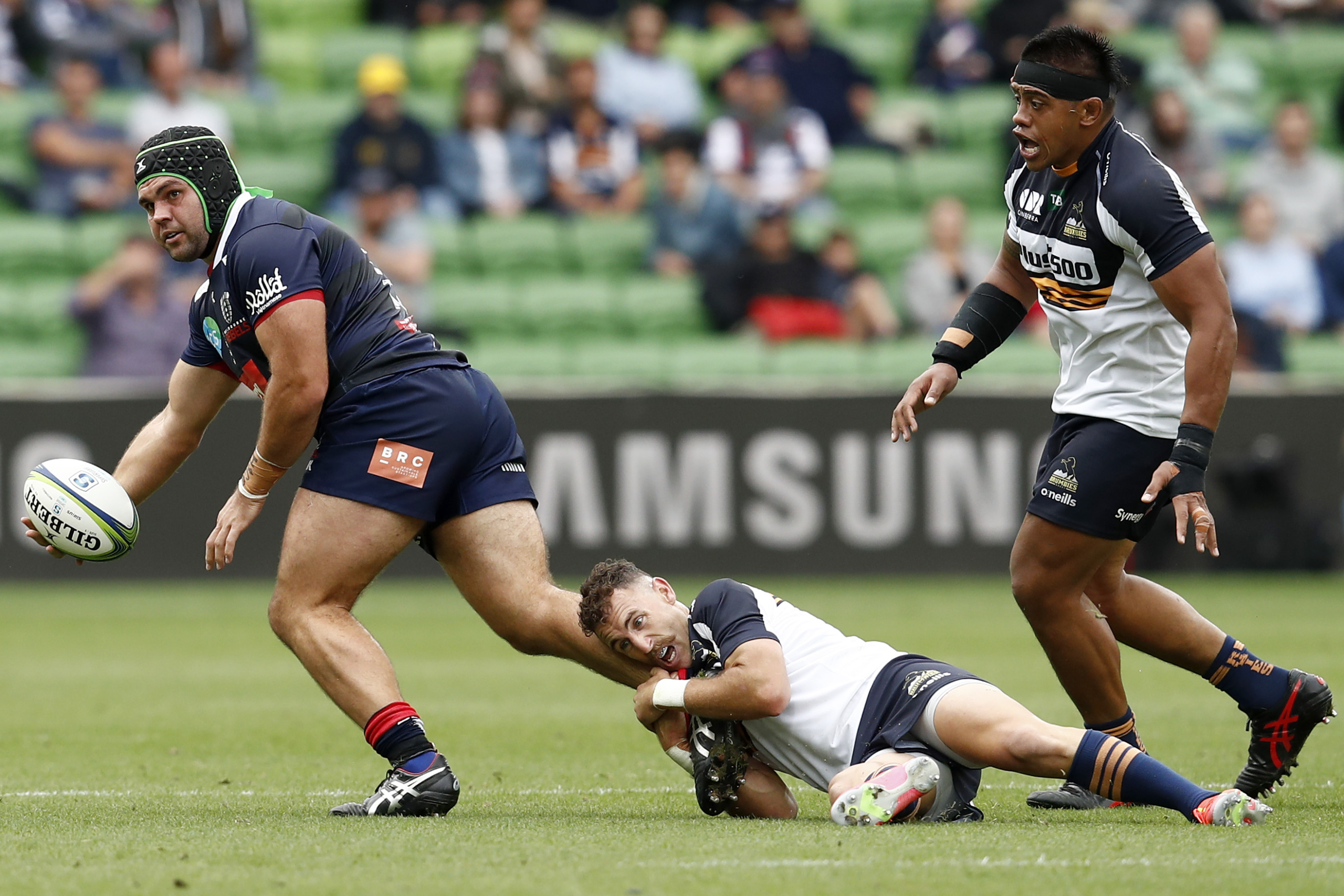 Seasoned prop Scott Sio has been ruled out of Australia’s squad for the three Test rugby series against France after sustaining a hamstring injury in training.

Sio had scans on the weekend and Wallabies medical staff decided he should return to Canberra for further treatment.

Uncapped Rebels front-rower Cameron Orr was added to the Wallabies squad on Tuesday.

The only place rugby fans can watch every match is on Stan Sport. Start your free sport trial now!

The Wallabies are at least well served at loosehead where the experienced James Slipper will vie with rising star Angus Bell for a start.

But it is still another unwanted injury blow ahead of the series which is scheduled to kick off on July 7 in Brisbane, the first of three matches in 11 days.

First choice halfback Nic White is already out with a knee injury while Wallabies coach Dave Rennie is still sweating on the fitness of halves James O’Connor, Matt To’omua and Jake Gordon.

O’Connor was the frontrunner to start at 10 before his neck injury, with Noah Lolesio and Reece Hodge instead running at five-eighth at training.

“I’m not sure where he is at, to be honest,” Wallabies halfback Tate McDermott said of O’Connor.

“He’s always in the background somewhere talking to boys like Lenny (Ikitau) and Hunter (Paisami).

“He’s definitely been around a lot and he was running the other day.”

The opening Test was relocated from Sydney after the city went into a two week lockdown on the weekend following a surge of COVID-19 cases.

Meanwhile Brisbane, now scheduled to host the first and Third tests, was going into its own three day lockdown on Tuesday.

The Wallabies will continue training in a bubble environment on the Gold Coast for the next three days, travelling between the field, team room and accommodation while adhering to government regulations.

A spokesman said the team would continue to monitor daily check ins, temperature checks and have regular COVID tests.