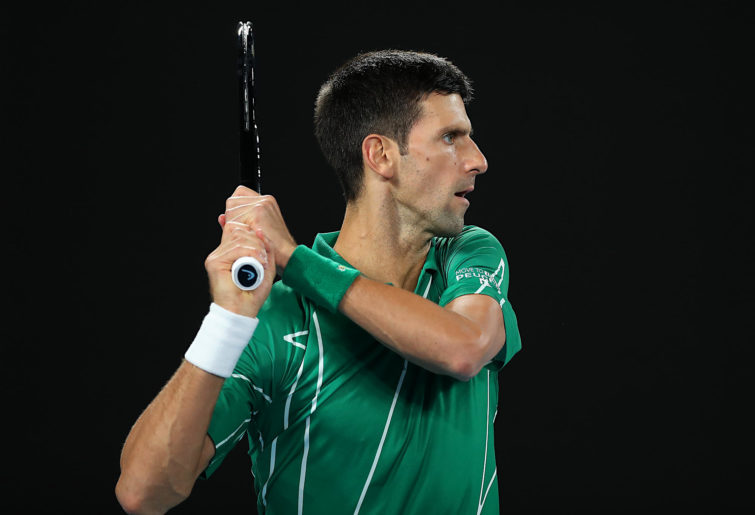 Two-time Wimbledon champion Andy Murray has made a triumphant return to the All England Club, winning his first match at the tournament since 2017.

His battle against persistent hip and back injuries prompted him to call time on his tennis career in mid-2019, but to the Scot’s credit, he never gave up, and is slowly but surely starting to enjoy playing the game again.

Murray won the first two sets against Georgia’s Nikoloz Basilashvili easily, and was on the verge of a straight-sets win when he led by 5-0 in the third, only for Basilashvili to win seven straight games to force a fourth set.

But rather than wilt under the pressure, the 34-year-old regained his focus and energy and took the fourth set 6-3, progressing to the second round for the 13th time in as many attempts dating back to his Grand Slam debut at these very Championships in 2005.

The identity of his second round opponent is still to be determined, with a match between qualifiers Oscar Otte and Arthur Rinderknech suspended at 9-all in the final set due to persistent rain.

On Court 1, second seed Aryna Sabalenka made a huge statement in her bid to win her maiden Major title, thrashing Romanian Monica Niculescu in straight sets. She had a couple of set points for a first-set bagel, however Niculescu was able to peg back a game before making more of a contest in the second set.

Sabalenka, who has also yet to reach a Major quarter-final despite her world ranking of number four (being promoted to second seed due to the withdrawals of Naomi Osaka and Simona Halep), next faces British wildcard Katie Boulter for a place in the third round.

Draper, contesting his first Major tournament, brought the crowd to their feet when he broke the Serb in the third game of the first set en route to taking the first set 6-4.

But that only fired Djokovic up, as he then took the final three sets in swift fashion to advance to the second round where he will face Kevin Anderson in a rematch of the 2018 championship match.

However, the men’s draw also saw the first major upset of the tournament, with third seed Stefanos Tsitsipas going down in straight sets to American Frances Tiafoe.

It marked the third time in four appearances the Athens native has fallen at the first hurdle at SW19, his best result being the fourth round in 2018.

There were no such issues for Andrey Rublev or Roberto Bautista Agut, who both advanced to the second round with four-set victories over Federico Delbonis and John Millman, respectively.

It was not the way Kvitova wanted to mark the tenth anniversary of her first Wimbledon title, which she won by defeating Maria Sharapova in the 2011 championship match.

Former champion Garbine Muguruza won for the loss of just one game, while former Major champions Sofia Kenin and Iga Swiatek also advanced to the second round with minimal fuss.

Former semi-finalist Johanna Konta has withdrawn due to coming in close contact with a confirmed COVID-19 case, so Ashleigh Barty will not face a seed until the fourth round, should she get that far.

There are still a backlog of first round matches still to be played this evening (AEST), including matches involving Venus Williams and Alex de Minaur, who were scheduled to play last night but never made it onto court.

The men’s bottom draw, anchored by Daniil Medvedev and Roger Federer, as well as the women’s top draw led by Barty and Serena Williams, will also get underway tonight.

As was to be tradition, the reigning women’s champion (in this case, Simona Halep), would have opened play on Centre Court on the first Tuesday, but as Halep withdrew due to injury, Barty will instead have that honour when she faces Spaniard Carla Suarez Navarro.

Canberran Nick Kyrgios will also return to action after sitting out the entire clay court season, facing France’s Ugo Humbert, whom he defeated in five sets in the second round of this year’s Australian Open.

For the full order of play for Day 2, please check the Wimbledon website.